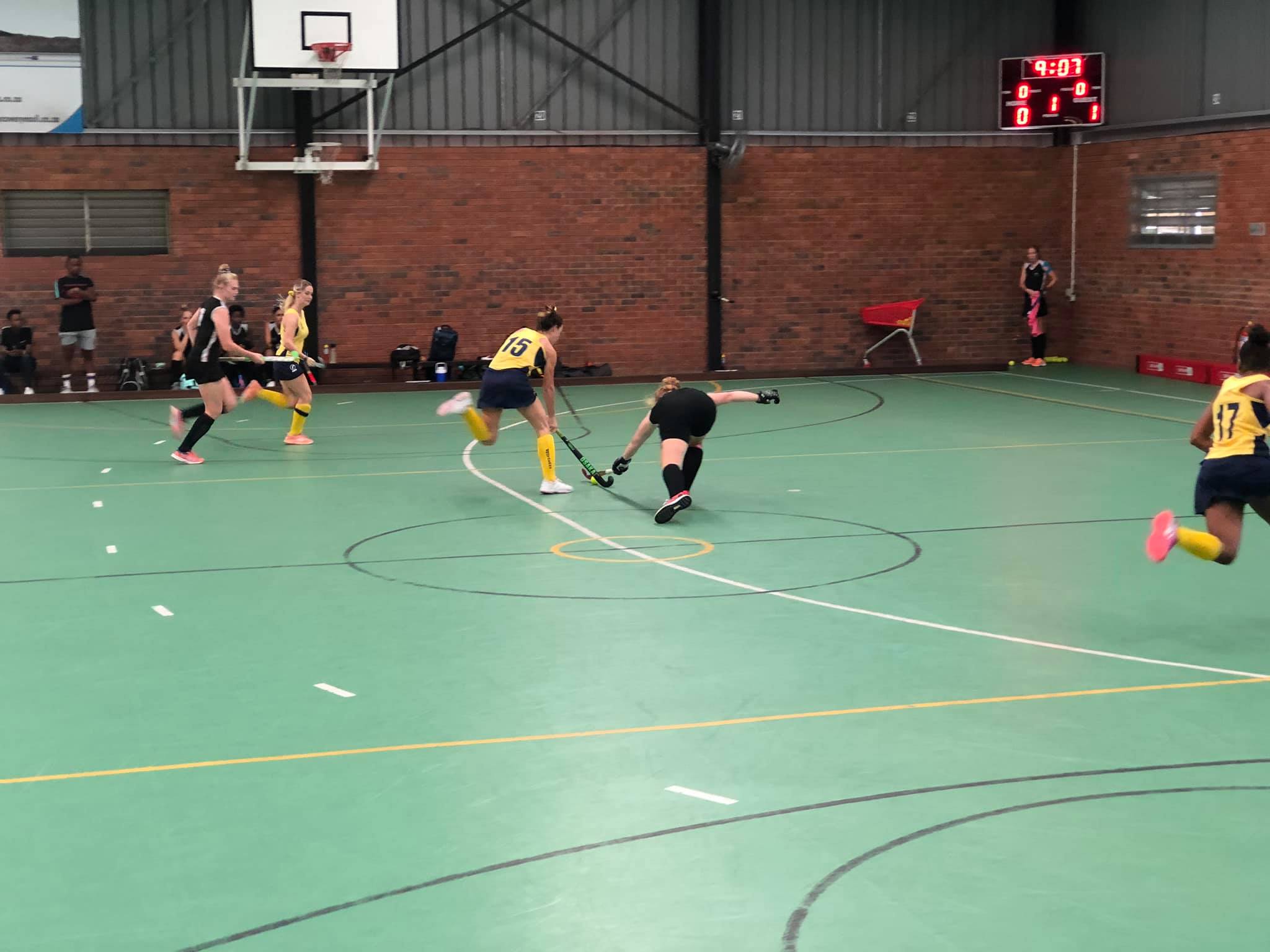 The first day of the 2020 Indoor Hockey IPT did not waste time in producing some fantastic hockey while the teams battled one another, the humidity and of course load shedding. At the end of day 1 of the 2020 tournament some teams were happier then others. Here is what went down in Durban.

The standout result from day 1 of the tournament was undoubtedly Southerns Wits, in essence the Southern Gauteng B side, holding the hosts KZN Raiders to a pulsating 2-2 draw. The game produced more yellow cards than goals, something that would have disappointed the two coaches, but ultimately Reza Rosenberg was the happier of the two. The Raiders had stormed to a 2-0 lead through national players Lungani Gabela and Keegan Hezlett before Keenan Wax and Armand Scorgie restored parity.

The KZN Robins, essentially the “C” team for the host region, produced their own moment of magic as they beat KZN Inland 7-4 despite a hat-trick for David Gerrard. Keegan Maccullam netted three for the Robins while Michael Baker got himself a brace.

Western Province began their own quest to retain their title with a workmanlike 5-2 win over Mpumalanga, two goals for Gareth Tate, while Northerns managed to see off their Eastern Gauteng neighbours 7-2 with Ignatius Malgraff being the star of the show. In the “B” team battle WP Pens produced a five-goal final quarter to make a comfortable 8-4 win over the KZN Mynahs.

The four favourites opened the 2020 with victories with varying degrees of ease. The defending champions Southern Gauteng opened their campaign with a 3-1 win over Pens thanks to goals from Erin Haupt, Gabriella Desai and Malikah Hamza. Having lost three players to the outdoor national side its going to be a tough challenge for the Joburg girls.

Western Province laboured to a 2-1 win against the KZN Mynahs. Kayla de Waal showed the value of international experience as she got the brace to give AJ Spieringshoek’s team an opening day win, while SPAR KZN Raiders opened their quest to regain the title with a convincing 4-0 win against Mpumalanga. Kelly Reed got herself a brace on her return from her maternal absence, while Daniella De Oliviera made an instant mark on her Raiders debut.

KZN Inland were given a scare by the Northern Blues after romping to a 4-0 lead, as it was pegged back to 4-2. Ultimately Keagan Walters team had done enough thanks to Jenna Fyvie’s brace to start with three points.

Eastern Gauteng caused the most eye-raising result on day 1 of the B Section when they finished 2-1 victors over Eastern Province. Aimee Kockott and Cassie Coutsides scored for the East Rand side to give them an unlikely but very happy win. Elswhere there were convincing wins for SG Wits (5-2 over Free State), North West (6-2 over Mpumalanga B) and KZN Robins (8-0 against Northern Blues B).