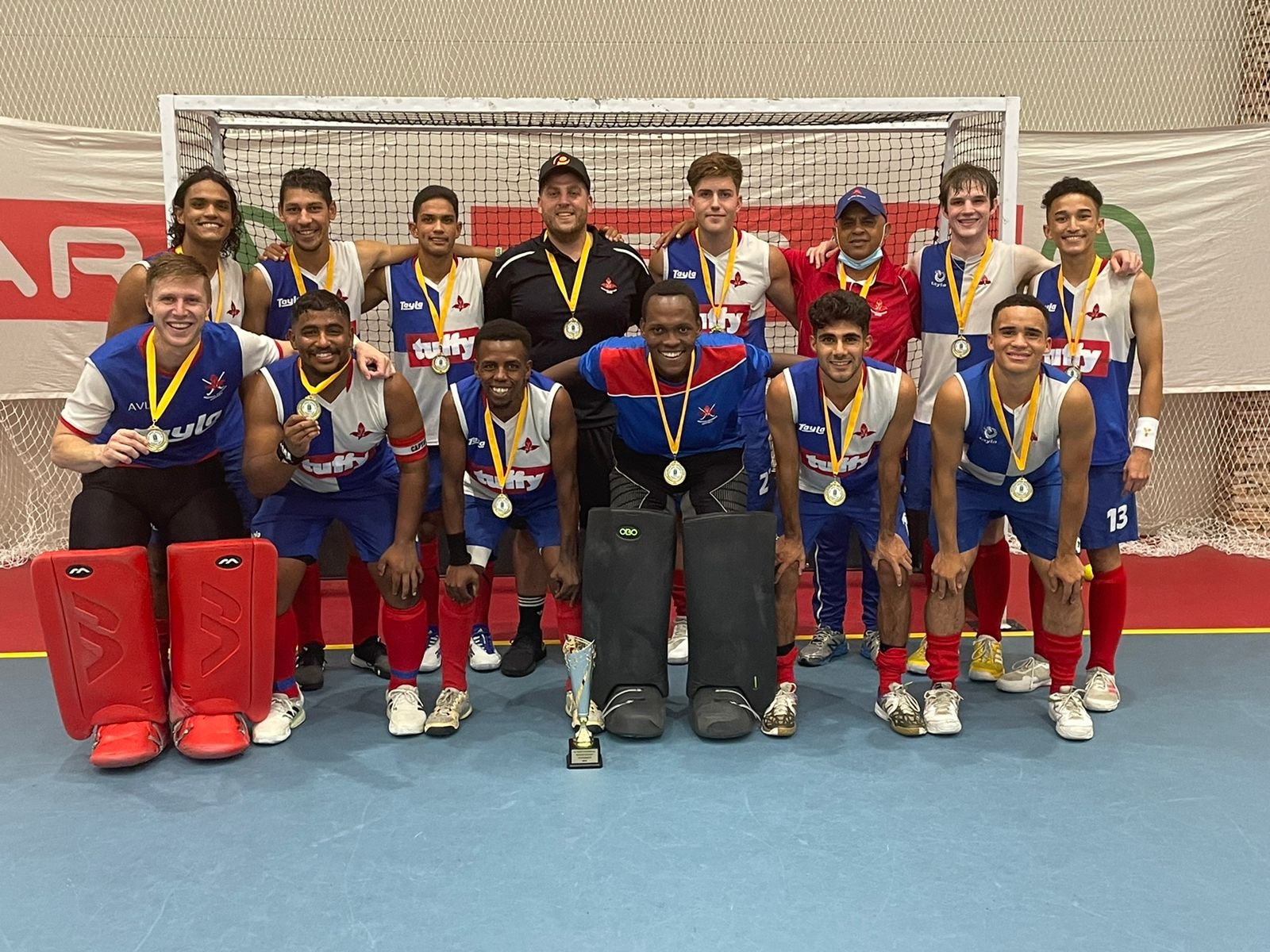 The KZN Raiders and Western Province have won the last six interprovincial titles between them, and it was unsurprising for many that the number was about to increase to seven when the two teams met in the 2022 Indoor Hockey IPT Final at Ashton College in Ballito.

A cagey start to a game featuring 12 international players ensued as the two sides looked to catch the first big opportunity. The ball was being moved at a blistering pace, but the defensive patterns were holding firm in the early exchanges.

KZN Raiders earned the first two penalty corners of the game in the second quarter and had two bites at the cherry, but both were well defended. WP then earned their first when a moment of ill discipline from the Raiders saw a free hit upgraded to a penalty corner from which Namibian International JP Britz was able to convert. The Raiders then failed to convert another PC and that was the end of the action for the first half.

Early in the second Western Province got their second of the game when Mustapha Cassiem struck from the penalty corner with the help of a deflection to put the Cape side a step closer to their third consecutive crown and the first under the tutelage of Bryce West.

That trophy was starting to grow in the peripheral vision of the men in blue and white more when Dayaan Cassiem produced a moment of brilliance to leave Cameron Goodwin no chance in goal. That it came after the best chance of the game for the Raiders was superbly stopped by Anton van Loggerenberg to deny the hosts what would have been a massive momentum swinging goal.

Jethro Eustice showed his experience superbly to win another penalty corner for the Raiders, but a brilliant charge down deflected the ball narrowly over the goal. Shortly after Mustapha Cassiem was shown a yellow card that was not widely appreciated by the small crowd, Raiders pulled a goal back through Taylor Kelly-Stack to breath life into the game ahead of the final quarter.

Both sides traded opportunities without goal and the game built to its crescendo with both teams looking for the big moment to change the story of the final. Dayaan Cassiem, Keagan Robinson, Mustapha Cassiem and Jethro Eustice all had opportunities that with their experience they would have been hopeful of converting.

Mustapha Cassiem however would not waste his opportunity. With just 2 minutes remaining the FIH Rising star nominee for 2021 fired the ball into the top of the goal, a chance that left Goodwin with no hope of saving it. There was time to add gloss to the score line when Raiders pulled their keeper to go for it. The younger Cassiem feigned and sent it through to his brother who finished with the simplest finish of his career to make it 5-1.

Keagan Robinson was able to get a final minute consolation as for the first time in indoor hockey ipt history, Western Province had won three in a row emulating a feat previously achieved by the KZN Raiders and the KZN Inland teams.

Earlier in the day Southern Gauteng secured the bronze medal in a 3-1 victory against WP Pens. They had earlier tested Western Province in the semi-final. The team that hails from South Africa’s financial capital love to put on a show when they can and at times, they were unstoppable against Pens, much to the delight of the small crowd. 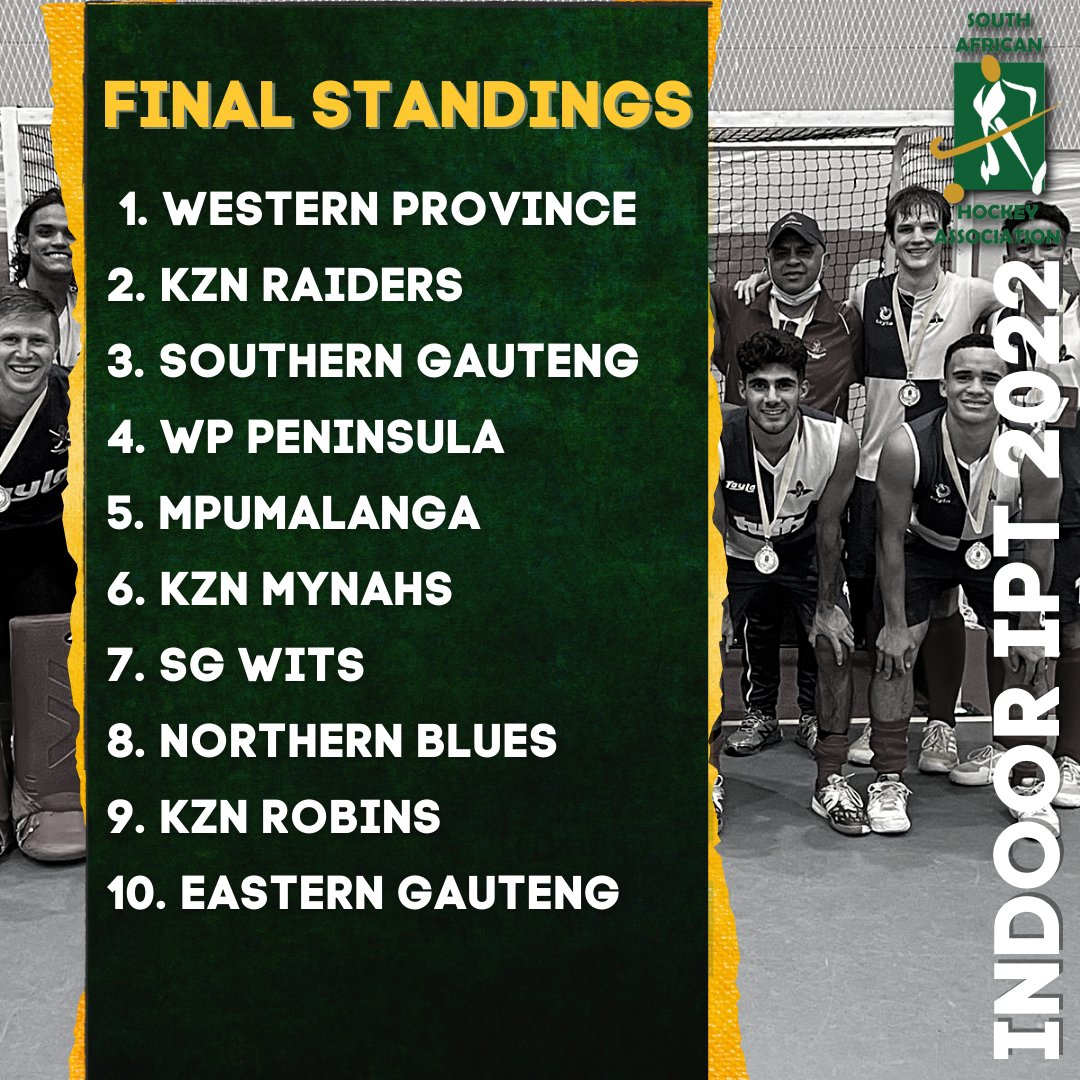