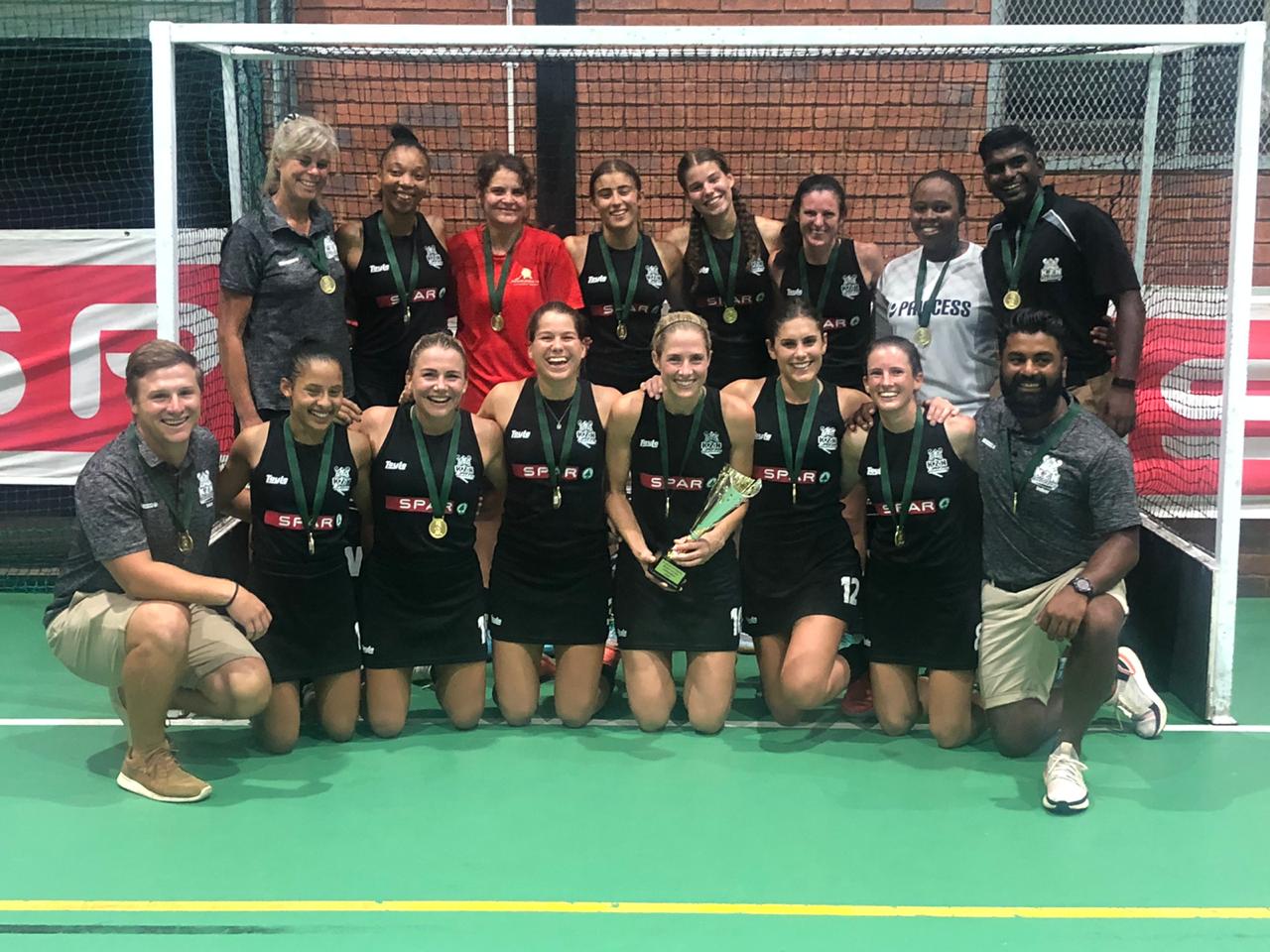 Western Province had fallen short at the semi-final stage in 2019 and SPAR KZN Raiders at the final stage. The 2020 Indoor Hockey IPT final at Danville Park Girls School offered them both an opportunity for redemption.

Province had been given a mighty scare in their semi-final winning through to the final on a shootout against KZN Mynahs, while SPAR KZN Raiders were made to work for a narrow 1-0 win against the defending champions Southern Gauteng. To add intrigue to the final the two coaches AJ Spieringshoek and Calvin Price had worked together on the emerging South Africa side less than a year ago with both being tipped for future opportunities.

Both teams also featured a host of Internationally capped players, so the excitement was at fever pitch for the capacity crowd at Danville. The Raiders got the first penalty corner and shortly after the second as Jess Lardant fired it home to give the hosts a 1-0 lead. Raiders looked the more likely team to add to the score line but at the end of the first quarter it remained 1-0.

In the second half the Raiders experienced core took control of the game and produced some sensational goals to the delight of the crowd. Kelly Reed finished off a sensational fast flowing move before Tegan Fourie scored a sensational individual goal. The domination was carried through to the end of the match as further goals by Reed, Fourie and Hack made it a comfortable 6-0 win. It was Raiders fifth win in the last six years and a further reminder of the power that the union wields in indoor hockey.

Earlier in the day Southern Gauteng secured the bronze medal while the Northern Blues were relegated after losing to Mpumalanga.