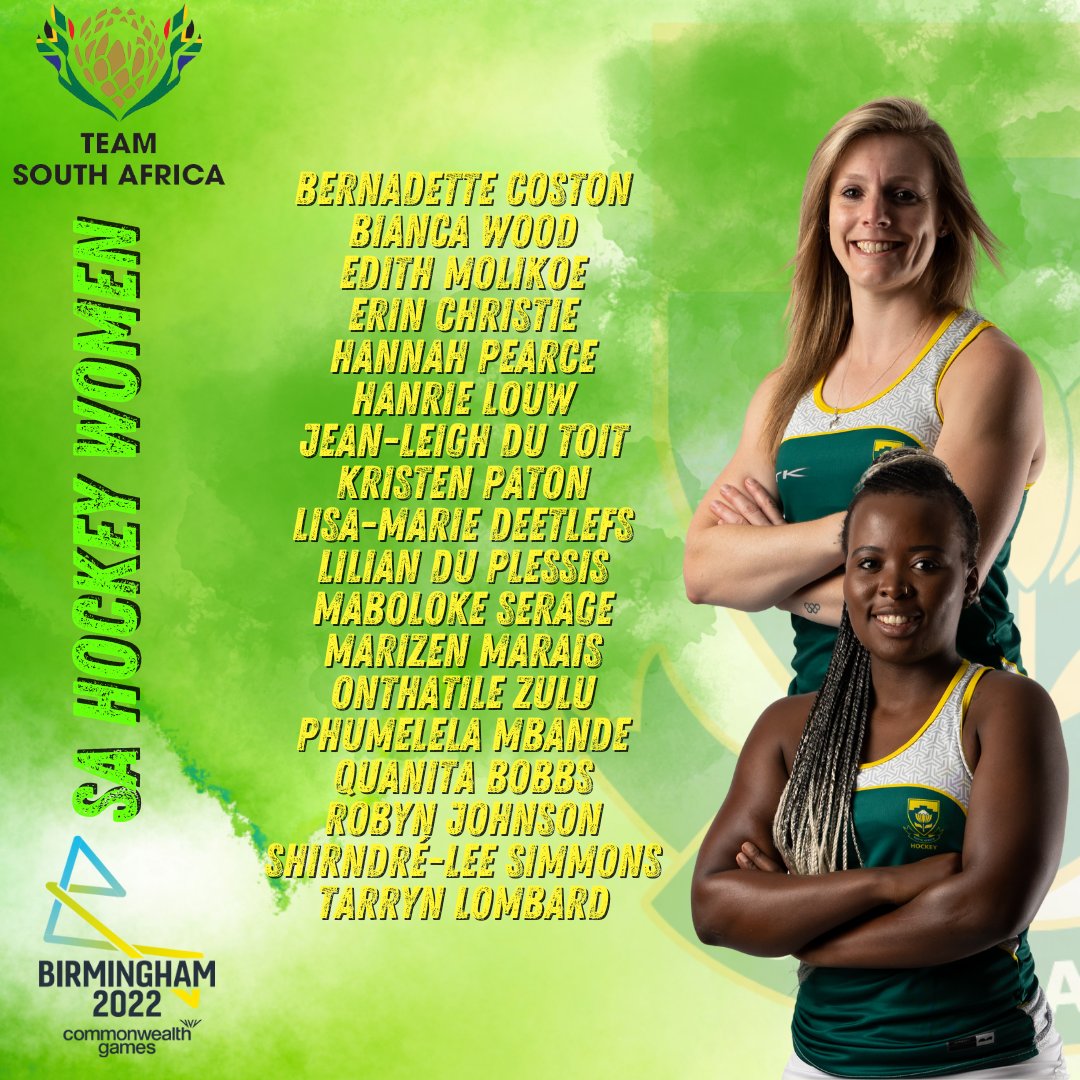 In 50 Days’ time Team South Africa begin their Commonwealth Games challenge in Birmingham. The games initially awarded to Durban will be the 22nd hosting of the multi-sport event and the 7th staging of field hockey at the event.

South Africa have competed in every event along with Australia, Canada, England, India, New Zealand and Scotland, with a best finish of 4th in 2010 and 2014. New Zealand are the defending champions having stunned Australia in the event in 2018 on the Gold Coast.

The South African Women are in Pool B alongside five times champions Australia, defending champions New Zealand, African neighbours Kenya and Scotland. The top 2 teams in each pool progress to the semi-finals and by virtue of that will have a shot at one of the medals.

Today SASCOC announced the SA Womens Hockey Team that will head to Birmingham just after completion of the FIH Hockey World Cup in Spain and Netherlands and will hopefully be buoyed by a massive performance in the Hockey showpiece.

All 18 players selected for the Commonwealth Games are from the FIH World Cup Squad and the likes of Jean-Leigh du Toit and Maboloke (Nepo) Serage will look to add to their first caps earned at that tournament.

Kristen Paton, Lisa Deetlefs, Erin Christie, Phumelela Mbande and Quanita Bobbs were all part of the 2018 Commonwealth Games Squad, while Lilian du Plessis, Bobbs, Costin and Deetlefs featured in 2014. Deetlefs will be attending her fourth Commonwealth Games having attended her first in 2010.