South Africa take on China in an unofficial series

In the wake of the devastation caused by the Corona Virus, world wide sports fixtures have been postponed. The gap left on the calendar has meant that an opportunity opened for China’s national hockey team to have a training camp in South Africa and ultimately that has led to an unofficial four match series between the two Olympic competitors.

UCT Hockey ground in Cape Town will play host to four matches between Robin van Ginkels South Africa and a Chinese side that features Giles Bonnet as the assistant coach. Giles is no stranger to South African Hockey obviously having coached the national womens team at our last Olympic Game appearance in London. The matches will be played on 10, 11 and 13 March (14:30) and on the 14th March at 12:00. It is probably the last time Western Cape fans will be able to see the team in action before the Olympic Games begin in July this year.

China have seen their Pro League games against Belgium and Australia postponed, with other games likely to follow, so are looking for every opportunity to get some game time together. For the South Africans its an opportunity to build on the work done during the Summer Series earlier this year.

South Africa secured their spot at the Tokyo Olympics when they won the African Hockey Road to Tokyo event in Stellenbosch, while China came through a nerve wracking penalty shootout after a 2-2 aggregate score in their Olympic Qualifying playoff match against Belgium.

For China it will be their sixth successive games with a high of a silver medal in 2008 when they hosted the games. The South Africans will feature in their fifth with a best finish of 9th in 2004. 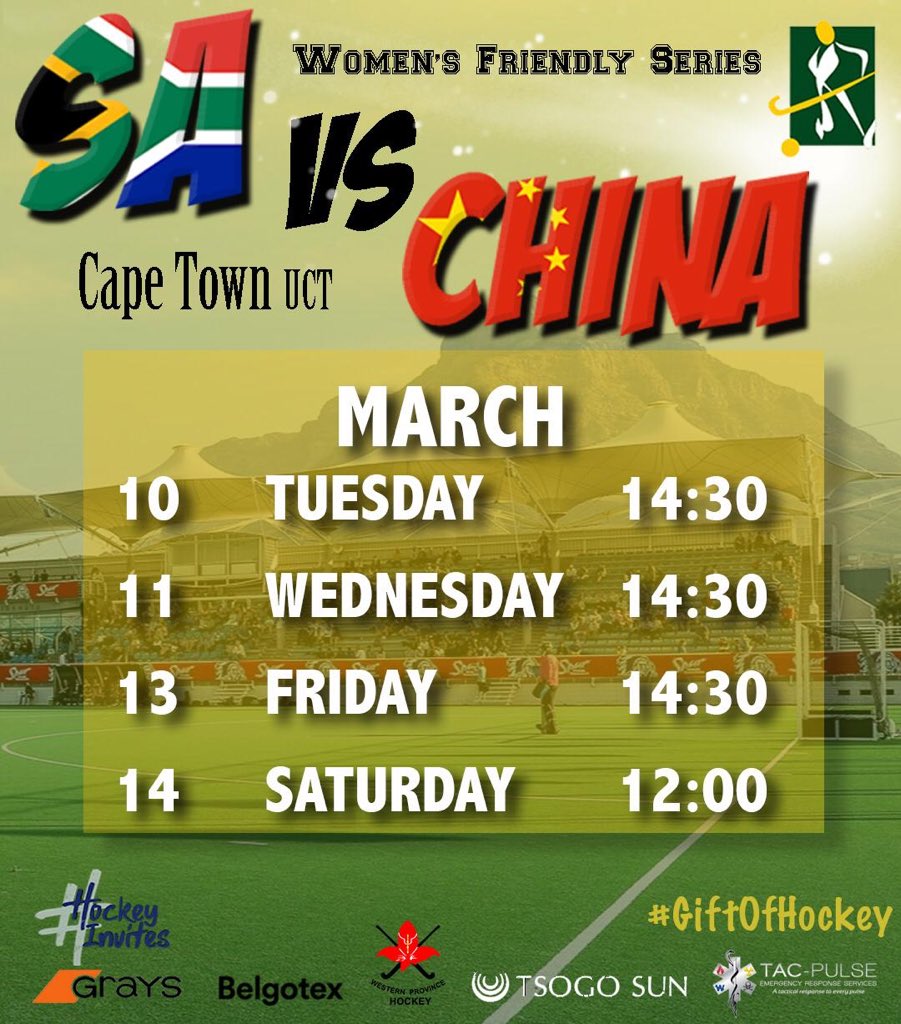