In 2018 Ireland headed off to the Vitality Women’s Hockey World Cup and shocked the world as they produced a sensational run of form to make the final of the tournament. Since that tournament the Irish qualified for the Tokyo Olympic games, triumphing over Giles Bonnett’s Canada, and played 32 test matches.

They would be the perfect opposition for Robin van Ginkel’s SuperGroup South Africa as they began the next step of their preparation on the Road to Tokyo. The South Africans have been starved for Test Match hockey having played just 12 tests in the same time, but would be returning to Maties, the ground where they became champions of Africa in August last year.

The game had an added degree of excitement as firstly the two teams have been drawn in the same pool for the Olympic Games. Secondly, the new ranking system introduced by the FIH, is now live and for the first time ever a Summer Series Test match would earn ranking points. To round of the excitement the game marked Kara Botes 50th test cap for South Africa, becoming only the second South African women to earn 50 in both indoor and outdoor hockey after Kelly Reed.

The South Africans, giving Tarryn Mallet her debut, started the game well with some good possession but were unable to make their few big chances count. Quanita Bobbs arguably had the best opportunity but found her strike well saved by Elizabeth Murphy. Ireland on the other hand made the most of their big opportunity scoring a goal through Elena Tice who converted superbly from the penalty corner at a blustering Stellenbosch Hockey Stadium.

Coach Robin van Ginkel would have seen many positives from his team, but also have areas to work on ahead of their next games. Ireland will next be in action against Netherlands U21 on Tuesday, while the South Africans will take on the SA U21 Invitational Side on Wednesday. 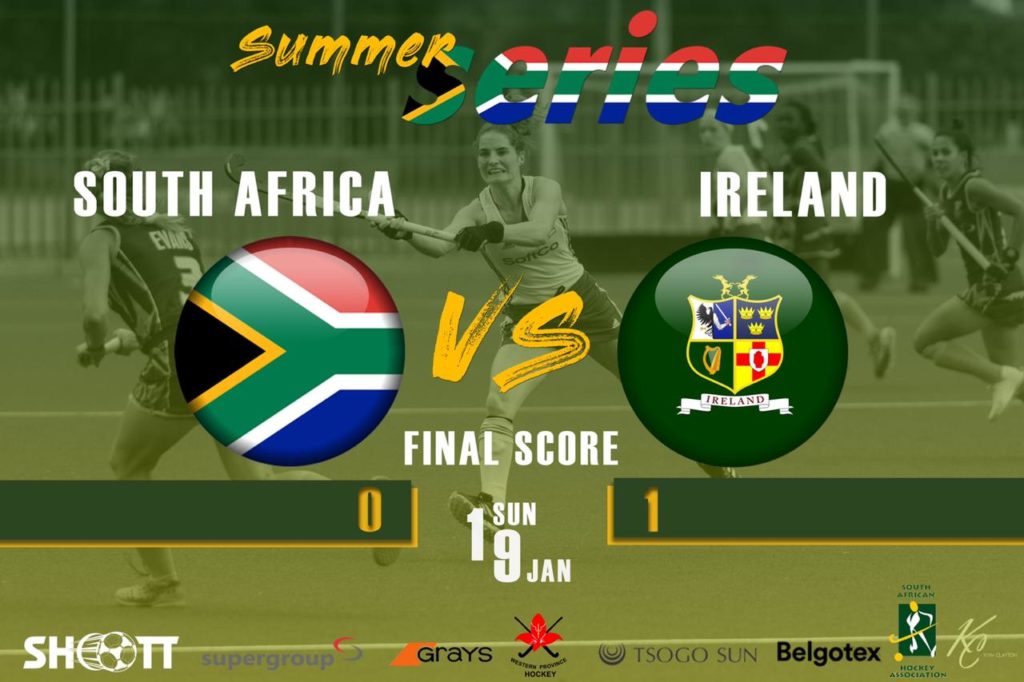 Image - Kim Clayton - Not for reuse