The South African Women’s Hockey side are bracing for a bumper 7 months that will culminate in their confirmed participation in the Tokyo Olympic Games in July. The first step of this journey is the squad heading down to Stellenbosch where they will take on the SA Invitational U21 side, Netherlands U21, Ireland and Germany.

The SA Hockey Women’s squad has today been announced for the Summer Series. It’s a massive opportunity for all the players selected to stake a claim for a place on the plain to Tokyo later this year.

Lilian du Plessis, the top scorer in the African Hockey Road to Tokyo event, as well as Ongeziwe Mali, player of tournament in Stellenbosch will return to their happy hunting ground. While Kara Botes and Robyn Johnson will hope to bring the great indoor hockey form to the outdoor team.

Erin Hunter and Nicole Walraven may both be wearing new names on their backs, following their respective nuptials, but that defensive brilliance will still be on show. 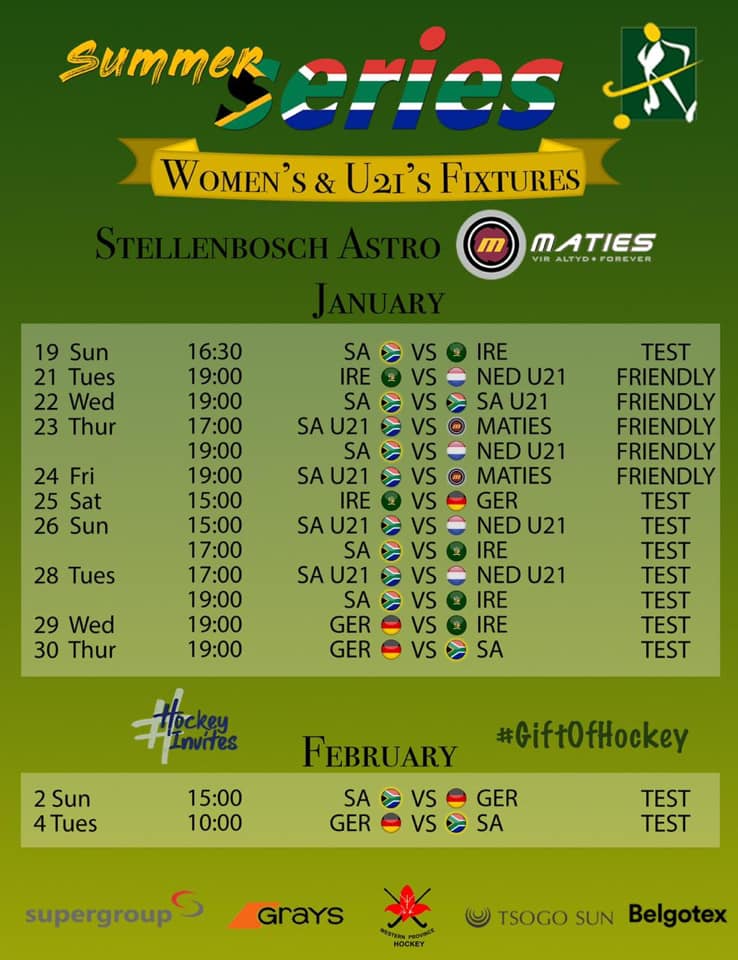