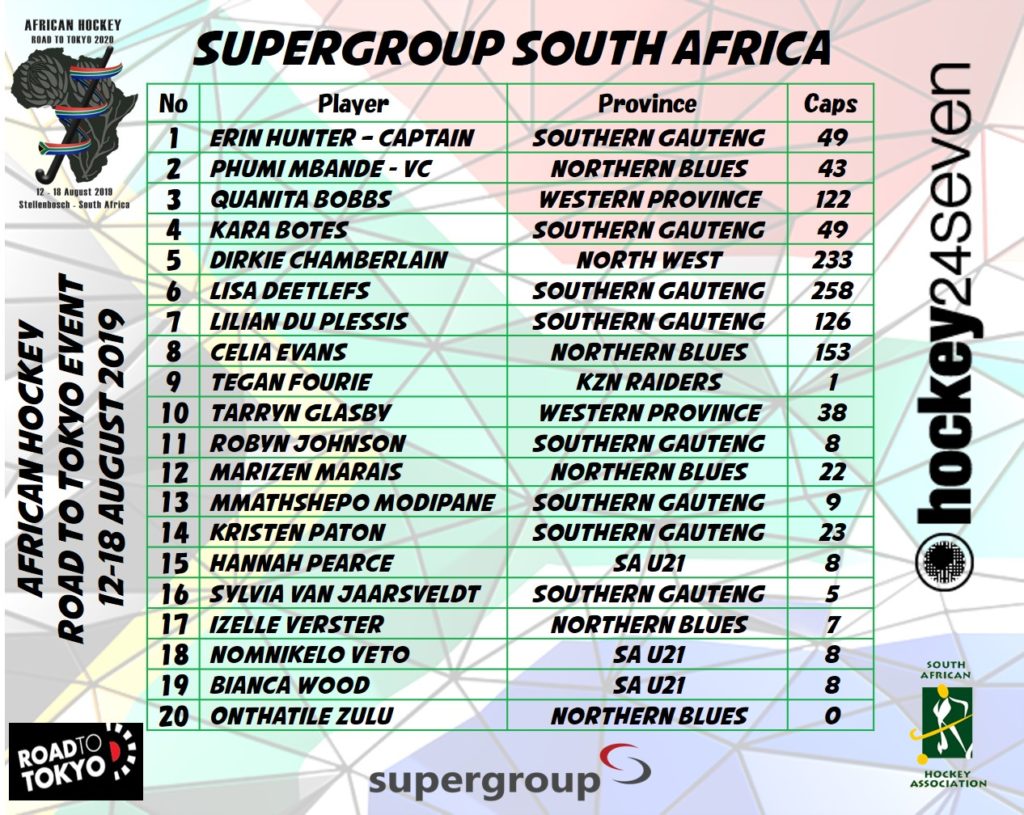 The SuperGroup South African squad has been announced for the 2019 African Hockey Road to Tokyo Event in Stellenbosch from the 12-18 August 2019. The six-times defending African Champions will be looking to make it sweet 7 against six other African nations and claim the title as the best hockey nation in the continent.

The South African squad selected includes the five debutants that earned their first caps against Namibia in the test series before the FIH Hockey Series Final and has a very similar feel to the team that went to Spain.

A squad of 20 is being announced, which will be trimmed down to 18 for the final event. Sylvia van Jaarsveldt earns a recall having last represented South Africa in Egypt in 2017, while Onthathile Zulu will be in line to earn her first cap.

“WE have kept a similar squad as we are looking on building on the processes we put in place for Spain. There is a continued good mix of youth and experience which will allow the younger players to develop. We are determined to go out there and defend our crown on home soil!” shared Robin van Ginkel, the Head Coach of the SuperGroup SA team

The SuperGroup South African side are in Group A alongside Kenya and Nigeria. The top two teams in the group will progress to the semi-finals and line up against either Namibia, Ghana, Zimbabwe or Uganda.

*Caps are per the FIH TMS system, correct as at 26 July 2019, Province is most recent province represented