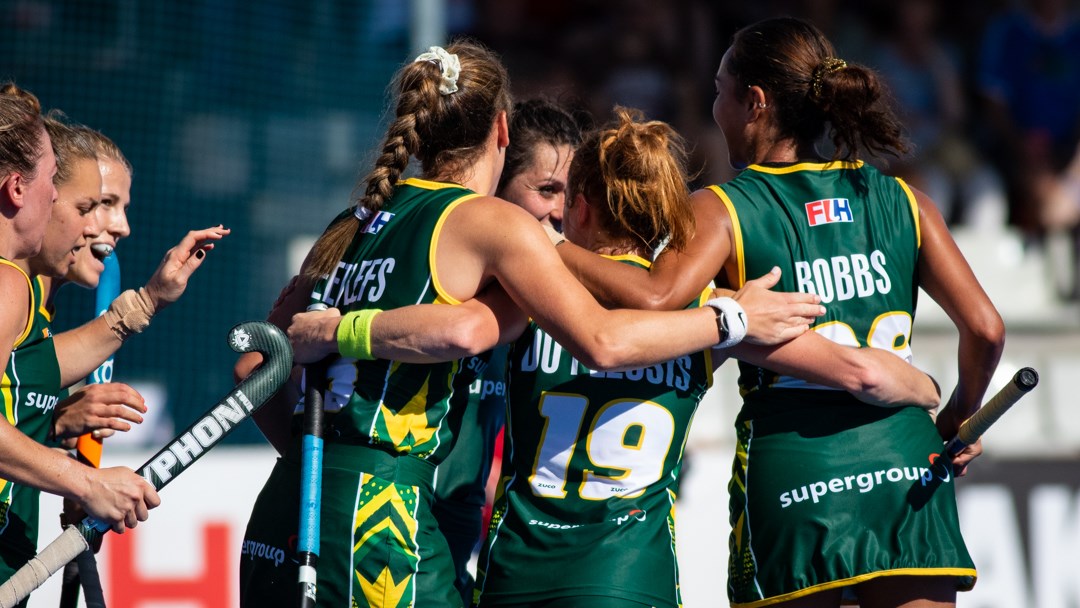 The South African women started their FIH Hockey Series Final with a stutter as they drew 2-2 with Wales in their opening pool game. The South Africans, featuring four new caps, started the game somewhat apprehensively, while the Welsh, who can’t qualify for the Olympics due to England being selected as Great Britain’s qualifying applicant, started a little more positively.

The first quarter was a typical opening quarter of a tournament as both teams were tentative in their approach and created few chances and circle entries. It was hardly surprising that the score was 0-0 at the end of the quarter.

The game exploded into life in the second quarter as Wales raised the tempo and won a penalty corner which Sian French unceremoniously slapped into the bottom left corner, leaving an unsighted Phumi Mbande with no chance. Supergroup South Africa were stunned and frustrated as they dominated the possession for the remainder of the half with little to show for their efforts.

What will please Robin van Ginkel and his coaching staff is the third quarter performance. Supergroup South Africa came out from the break with a renewed vigour and determination and after creating three penalty corners Lilian du Plessis fired in a superb drag flick to level the score. South Africa with the bit between the teeth pushed for the go-ahead goal which duly arrived later in the quarter. South Africa won another penalty corner and Lisa Deetlefs slap was brilliantly diverted in by Quanita Bobbs.

What will disappoint van Ginkel was the team not finishing off the victory from there as they allowed Wales back into the game in a dominant quarter for the Europeans. They levelled from a slip penalty corner variation and a Leah Wilkinson slap.

That was the last of the goal scoring as both teams repelled any last chances for their oppositions and ultimately settled for one point in their Pool B opener, sharing second spot behind Italy who beat Thailand 7-0 in the other pool game.

South Africa next take on the Italians tomorrow night at 19:00 with the game streamed live on FIH.Live.