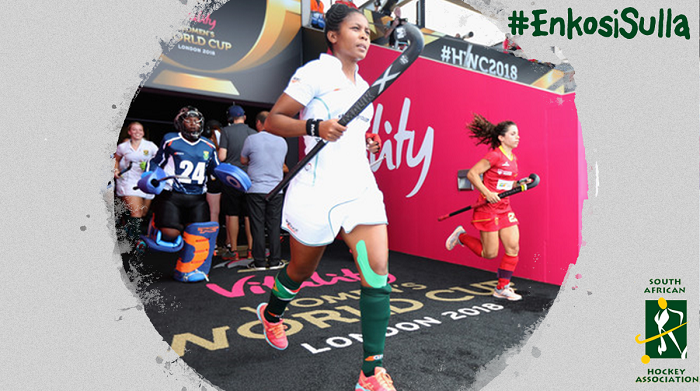 After 198 games for South Africa including three FIH Hockey World Cups, three Commonwealth Games and of course the 2012 Olympic Games, Sulette Damons has decided to call time on her SA Hockey career. In the most recent outing for the Women, Sulette was once again the co-captain as South Africa took on the World Cup, a role she took for the first time against Scotland in 2014.

The sight of Sulette storming down the wing was almost one of the most iconic sights in hockey. Her ability to spring the counter attack consistently meant that if she was on the pitch we were a danger even while defending. Her popularity with the supporters was also incredibly impressive and the time she took for each supporter told more about her as a person than just a player!

I asked Sulette to share how she felt on her retirement:

“I am honoured and privileged to have represented my country for the past 9 years, it was such an amazing feeling wearing the green and gold and singing the national anthem. It is a chapter in my life I will cherish forever. I have made so many friends through this wonderful sport and I call them my second family. Hockey has given me so many opportunities which I am so grateful for today. Thank you to SAHA for the support and for the many opportunities. Thank you to my family and friends for the support, I always appreciated it. I may no longer be wearing the green and gold, but I will always be part of the hockey family and community and backing my girls all the way! I wish SAHA and the team much success going forward. Keep the dream alive ladies, SISONKE!” 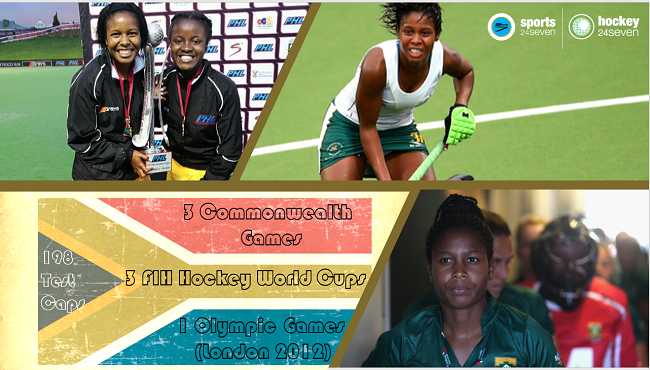 When I asked her current and former team mates for comments regarding her career, the response was so big that I had to cut it down to three response.

Firstly Marsha Cox, who captained Sulette for the early part of her career, shared this:

“Her speed and nose for the goal was a definite asset for the team. She had the most fun attitude and a gregarious laugh brought great joy to us off the field and her dance moves were second to none! I wish her all the best for her future endeavours which I have no doubt she will succeed at!”

Second up was Shelley Jones, her national team mate through her entire career:

“Sulla was a legend of the game. Our opponents feared her, and you knew when she touched the ball something magic could happen. She was a great team mate on and off the field! I really enjoyed her personality, she was so fun-loving and really stuck to her values fantastically!”

Lastly national goalkeeper Phumelela Mbande, who Sulla has co-captained since she established herself as SA’s number one:

“I won’t be the only one to tell you how much we will miss Sulla. Not just on the field, but off it as well. Sulla had something about her that without saying much, you just wanted to be better. She was a fantastic leader by example. Her dancing in the changeroom was legendary itself. With Sulla hockey was serious but had to be fun. I’m sad that I won’t get the opportunity of playing with her anymore, but really glad that I got the opportunity to have played with her before!” 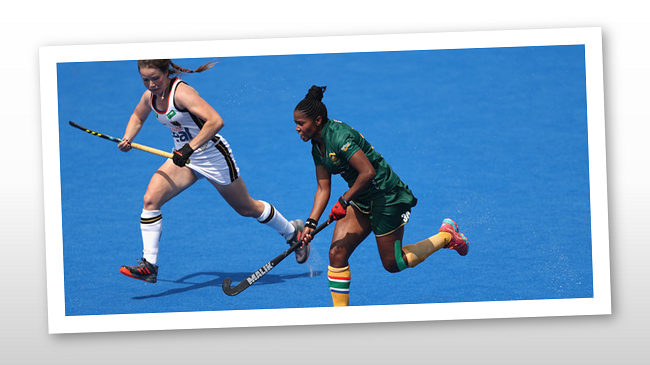 From all the South African Hockey Association we wish you the best of luck for your future endeavours Sulla, we know you are going to enjoy whatever you do!