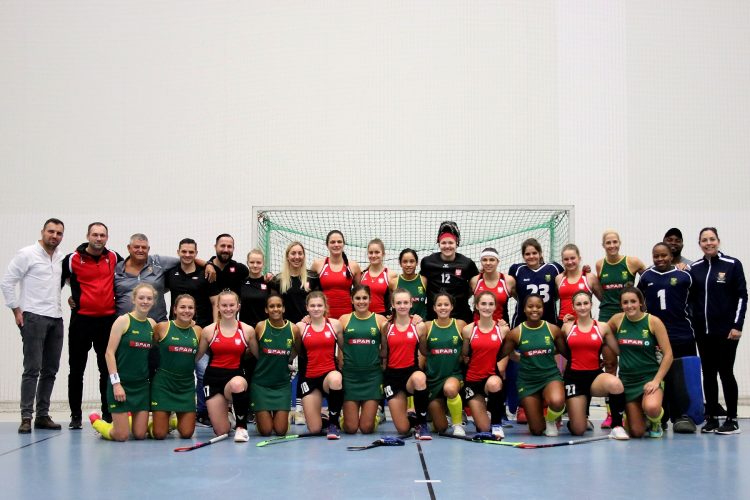 In the space of 12 months the SPAR South African women’s team have drawn a series with the world number five, beaten the world number 7 twice and now shared a series away from home with the World number 6. This result comes on the back of a superb and swashbuckling performance in a 3-1 win in the final test match of the series.

It wasn’t all easy going for the African’s who found themselves trailing to a Monika Polewczak goal in the 12th minute but managed to restore parity when Edith Molikoe scored her first of the series just three minutes later. SPAR South Africa then took the lead in the third quarter when Edith’s fellow 19-year-old Kayla de Waal added to her collection of International Indoor Hockey goals.

With Poland desperately trying to get the goal that would seal the series the South Africans were resolute in defence with Kara Botes, Jamie Southgate, Jess O’Connor and Jess Lardant being incredibly impressive throughout the game. With that defensive stability the stage was set for one more goal for the South Africans. The goal came from the captain and it was a milestone goal. The goal for Hack was her 100th International Indoor Hockey in just her 105th test match.

The final score was a 3-1 win for the South Africans meaning that the series was shared and the 16th ranked South Africans added another remarkable feather into their cap.

It was a memorable series for the South Africans with Jess O’Connor and Lennie Botha reaching their 100th caps, a shared series and magic moments. Special thanks to Tayla Sportswear for the kit and of course to SPAR who have made everything possible for the South African Women’s Indoor Hockey team over the past 7 years.

The South Africans will now look towards the African Cup scheduled to take place around June this year with a likely home series to take place before that. All eyes will soon start switching to FIH Indoor Hockey World Cup 2021.