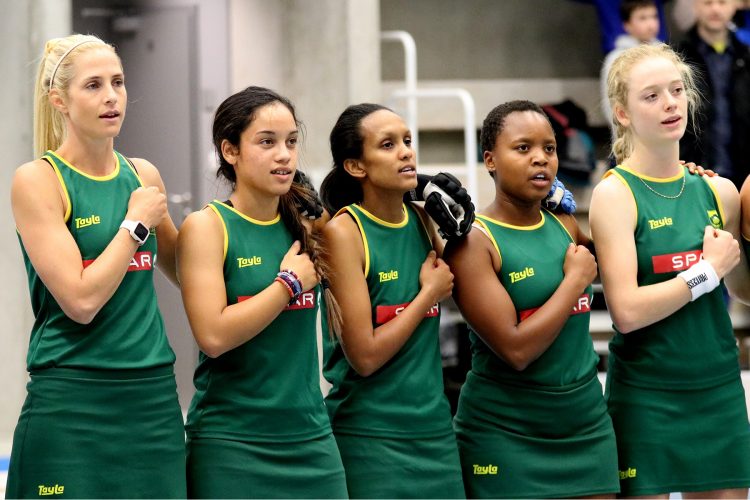 The fourth test of the Indoor Hockey Test series between Poland and South Africa moved to Poznan in front of a packed crowd as the hosts looked to seal the series. SPAR South Africa were looking to keep the series alive ahead of the final test in Rogowo on Sunday.

The South Africans had showed improvements in the second and third test against a country they have never beaten before but were left to rue missed opportunities. Today the Africans were determined to take the opportunity to make a statement for the world of indoor hockey to pay attention to.

The game was live streamed, the only match of the series, so with the thought of their friends, fans and family watching at home the South Africans started with the intensity that makes them dangerous. Amy Greaves effected a turnover and stormed forward, she fed the ball to Cindy Hack who found Robyn Johnson open in the D. Johnson picked up the ball with her back to goal had a lot to do, but her turn and space creation gave her the opportunity which she buried for her 20th International Indoor goal.

South Africa did not slow down and got the second that their dominance deserved on the break of the interval. South Africa pressured the Polish defence, who probably should have done better, and when the ball popped out in the D, Cindy Hack was never gonna miss. 2-0.

Oriana Bratkowska breathed life back into the Polish challenge with a goal in the 16th minute when she converted from a penalty corner. But that was the last of the scoring until the final quarter.

With Poland pushing for an equaliser the SPAR South Africa Women produced the best play of the game. Jess Lardant played the textbook 1-2 with her captain Cindy Hack before producing a sublime square ball for Kayla de Wall to finish and keep the series alive.

The series headed to Rogowo for the final game on Sunday with Poland leading 2-1.