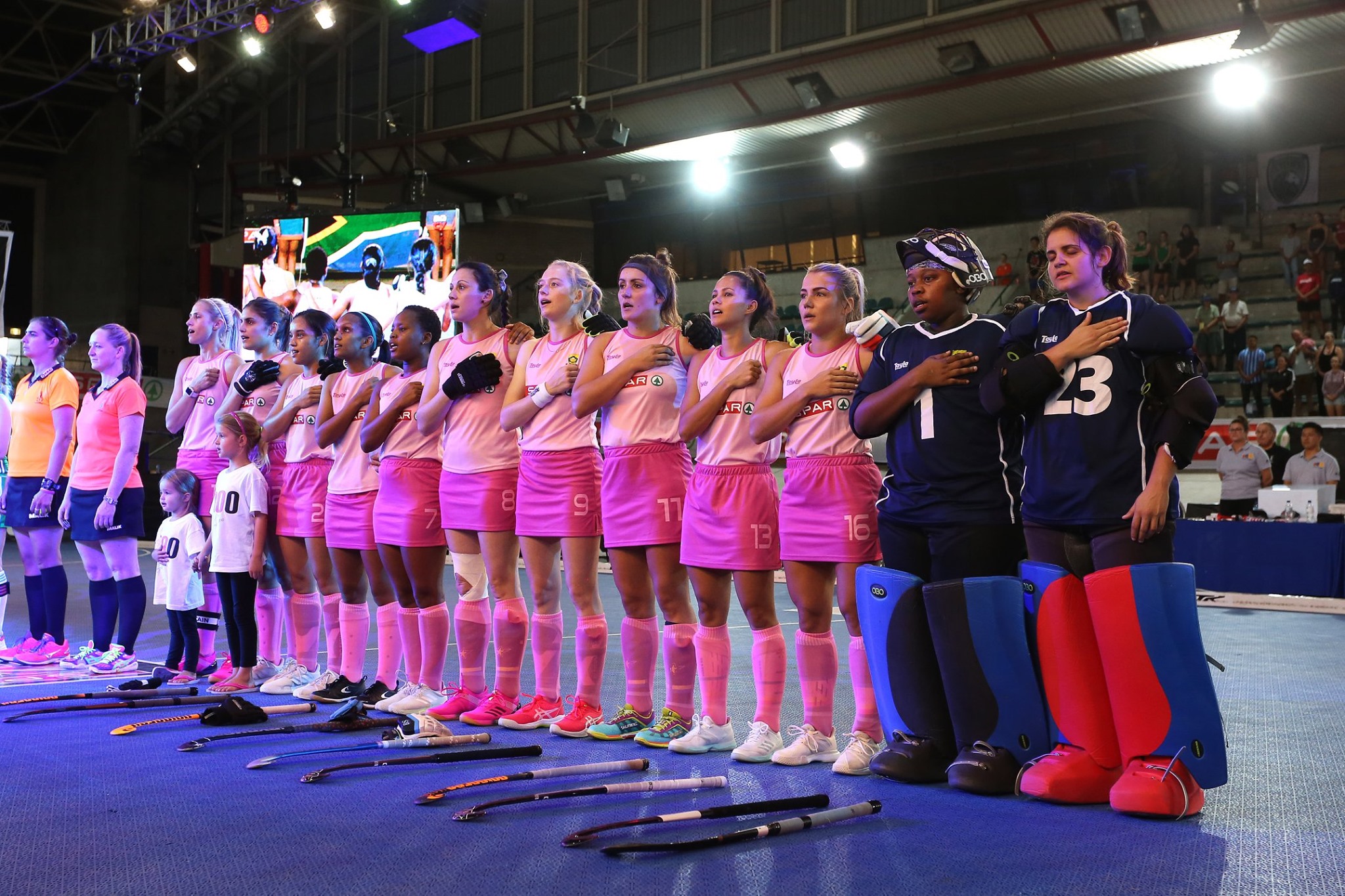 Looking back at the 2019 calendar year the SPAR South African Indoor Hockey management team will be delighted. The year started off with the historic series victory in Switzerland and ended with captain Cindy Hack’s 100th game in front of a capacity crowd in Cape Town. They played a record breaking 28 test matches in the year, winning 22 and drawing three. Instead of sitting back, they are at it straight away in 2020 as they headed to Poland today for a five-match series.

Poland are currently ranked 6th in the world indoor hockey rankings and will be using this series to prepare for the 24-26th January where they will be competing in the EuroHockey Indoor Championship II in Croatia. Maciej Wrzesinski, the head coach of Poland, has used the opportunity to give debuts to several younger players and inspirational skipper Marlena Rybacha is unavailable for the series. They do however have Dominika Nowicka and Amelia Katerla in their ranks, both players having played more than 50 times for their country.

For SPAR South Africa, their remarkable run of form since the disappointment of the 2017 African Indoor Hockey Cup has been nothing short of remarkable. In that time the South Africans have gone to Croatia and won the Croatian Cup, beaten Namibia, Zimbabwe, Switzerland, Czech Republic and Ireland in test series. They have scored 276 goals in that time conceding only 62. Their programme that has been superbly supported by SPAR has led to the Africans showing the world just how good they are and exposing a host players to the pressures of Indoor Hockey.

In the South African ranks the experience is no longer limited to Jessica O’Connor (98 tests caps) and Cindy Hack (100 test caps). Kara Botes, a current dual international, and Amy Greaves have more than 50 caps, while the likes of Jamie Southgate, Cheree Greyvenstein, Zimi Shange and Robyn Johnson all have more than 30 games for the national team. Despite the plethora of experience in the squad, the average age of the squad though remains 25.09 remarkably.

The series against will also see Lennie Botha lead the SPAR South Africa women for the 100th time, a remarkable achievement and the first for an African Indoor Hockey coach. Lennie also previously coached the SA Indoor Hockey Men for just more than 20 games so stands as one o the most experienced coaches in International Indoor Hockey.

There will be daily updates on SAhockey.co.za, but the series is not being streamed.