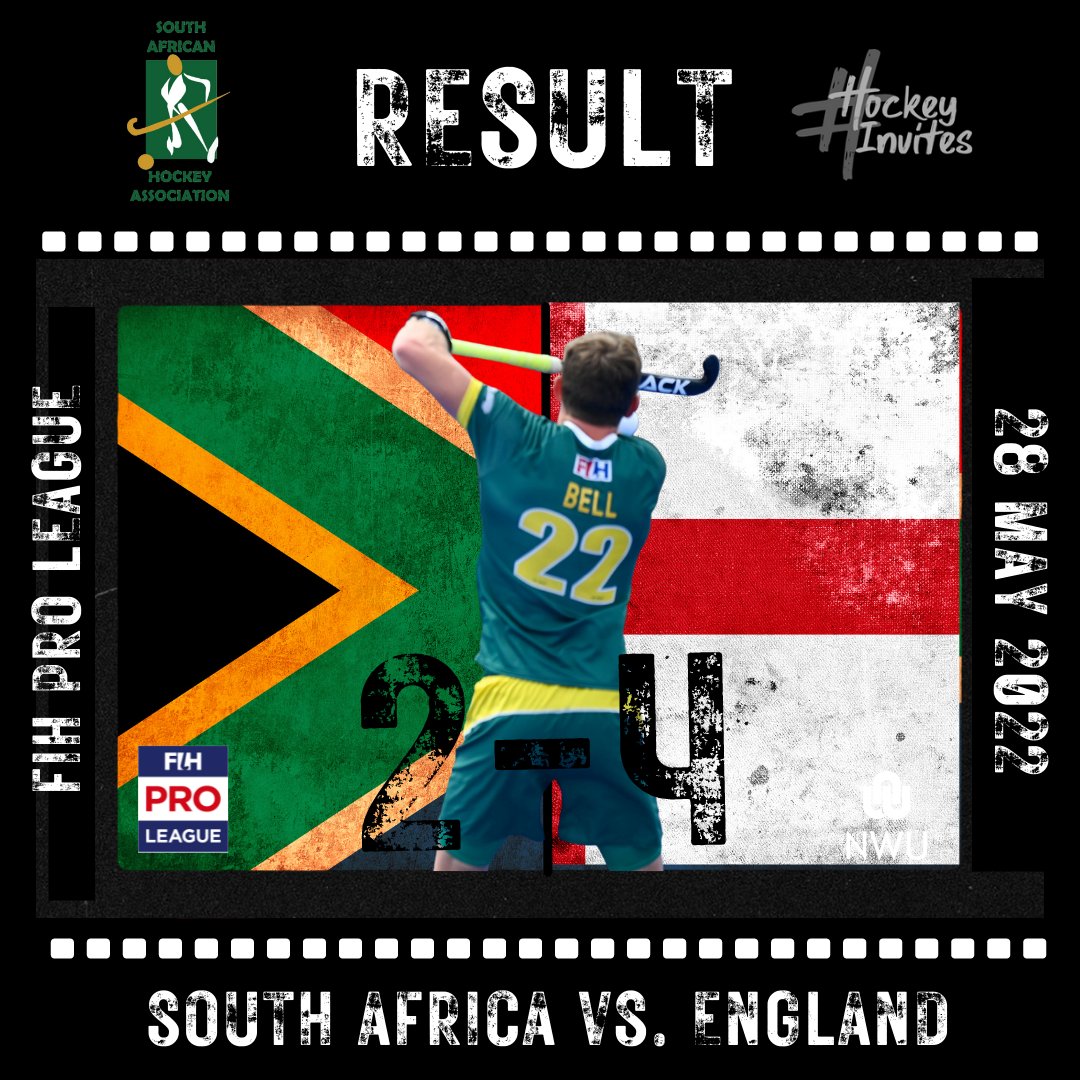 South Africa continued their FIH Pro League participation with a game against England today at the Lee Valley Hockey Stadium. The South Africans were without a number of players that form the nucleus of the squad, but the opportunity presented itself for players to work their way into the Commonwealth Games, FIH Nations Cup or even the FIH Hockey World Cup teams in the next 9 months.

It also marked the first encounter between the two nations in this guise since March 2017, although of course a number of the players had played in the Great Britain encounter in Tokyo. It was England who started the brightest and were rewarded through a penalty corner. Nick Bandurak fired in a rifled that gave Nolutshungu no chance.

Four painful minutes of the second quarter saw the lead extended with two more penalty corners. Chris Griffiths and Bandurak made it 3-0 with England at that stage looking likely to make it a lot more by the end of the half. England got a fourth through their skipper Condon, but a good referral by the South African so the goal disallowed following a push by Wil Calnan.

England though they were going to make it four before the break, but the celebrations were halted by a sensational save by Nolutshungu to deny Ian Sloan. And at half time it was 3-0 to the hosts who were good value to for the lead.

England made it 4-0 with a lovely finish from Sam Ward, playing his 150th test match. He slid onto a pinpoint ball from Jack Turner to deflect it home.

South Africa finally arrived at the goal scoring party, and they did it twice in a minute. First the lethal Matthew Guise-Brown showed why he is one of the most revered penalty corner takers in world hockey with a superb finish. The pace on the ball mean James Mazarelo could do nothing to keep it out.

While he would have been not too disappointed with the concession of the Guise-Brown goal, he would have been frustrated by the way he allowed SA Skipper Keenan Horne to score. The skipper effected a turnover and fired in hard and low straight through the legs of the England shot stopper.

South Africa were unable to add to the score as England saw out the final minutes without too much panic and the final score read 4-2 to the hosts.

The two sides will meet again tomorrow at the same time at the same venue. The game will be live on Supersport and the Watch.Hockey App.