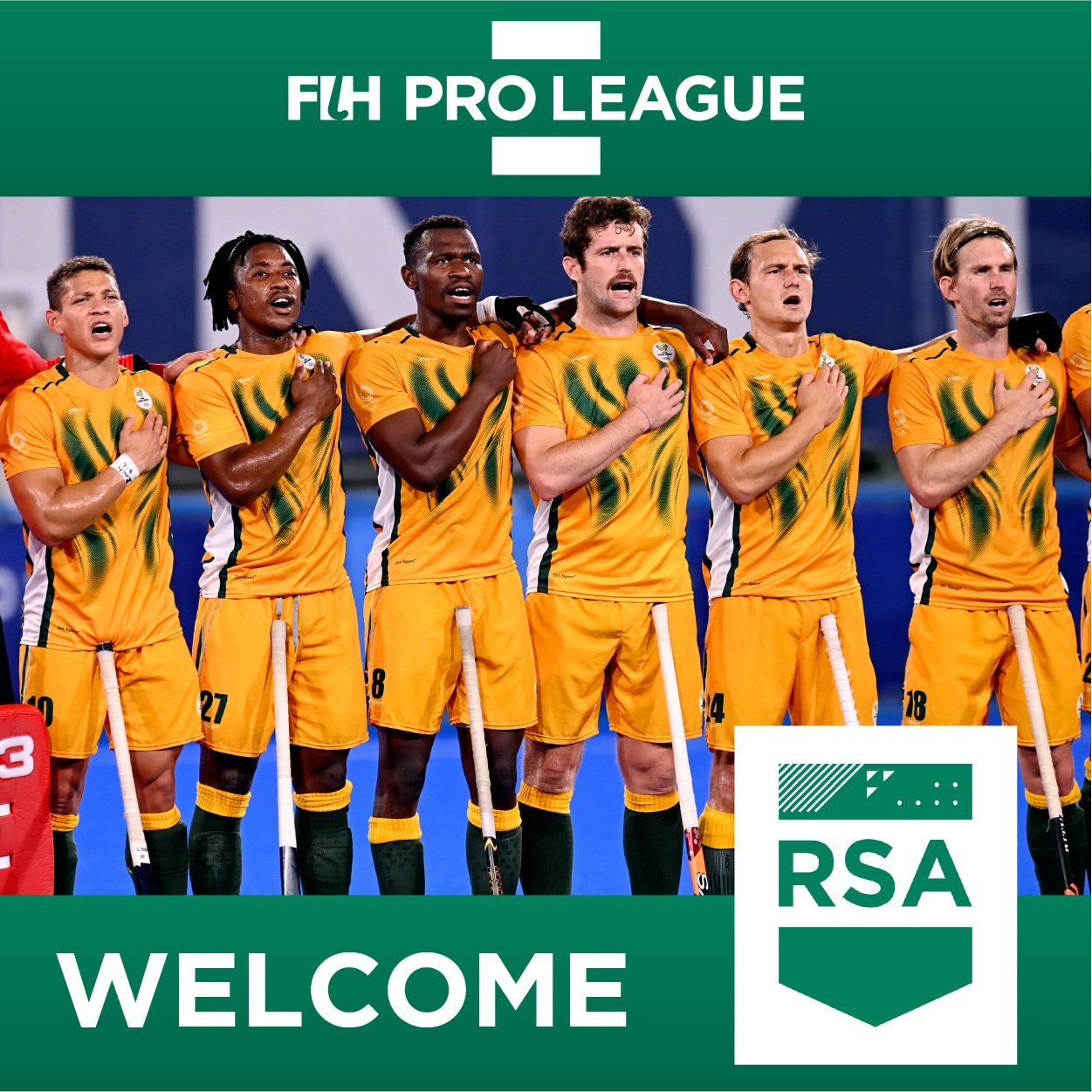 Meeting today virtually for the last time of the year, the Executive Board (EB) of the International Hockey Federation (FIH) approved the participation of South Africa and Canada in the third edition of the Men’s FIH Hockey Pro League. As informed earlier, this participation is temporary and limited to this edition only. Both teams replace Australia and New Zealand, who had to pull out of the current season due to COVID-related international travel constraints.

“It’s great that both South Africa and Canada are joining the FIH Hockey Pro League. Both teams are the first ones from Africa and North America to join the Men’s League, which is excellent for the growth and globalization of hockey”, FIH CEO Thierry Weil commented.

The first Pro League matches of the year in 2022 will involve the Women’s teams of China and India. They will take place on 31 January – 1 February in Thailand, where both teams will be to play the Women’s Asia Cup 2022. The current match schedule of this Pro League season is available here.

Regarding the FIH Hockey Women’s Junior World Cup South Africa 2021, which was initially scheduled for this month but had to be put “on hold” because of the Omicron variant outbreak, the EB has decided that this event should be postponed and that South Africa should have priority for hosting it. The EB also expressed thanks to the organisers – both the South African Hockey Association and the North-West University of Potchefstroom – for their intense preparations.