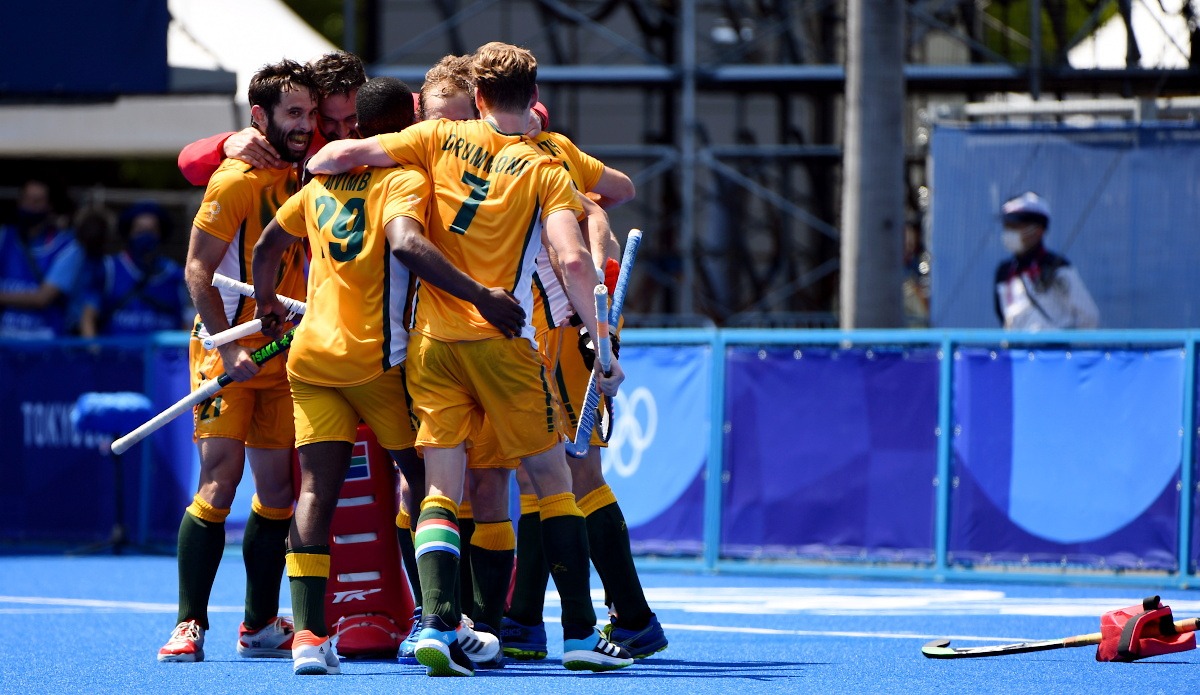 The South African Hockey Men have become everyone’s second team in Tokyo with their full courage approach to the game. They have stood up and challenged the best in the world with courage and flair in the tournament. They brought that same game plan to the Germany match playing against the 5th best team in the world and pulling off a sensational victory. This is the kind of victory that could inspire other participants in Tokyo. It was sensational and the South Africans got the result their tournament has deserved.

Germany got the games opening goal with a variation that was eventually prodded home by a diving Timm Herzbruch. South Africa showed that determination and fight that they have seen them become the neutrals team of the tournament. The pulled level with their first penalty corner of the game as Matt Guise-Brown got his second of the tournament with a low, strong drive. That parity wouldn’t remain for long and South Africa’s next circle penetration created another goal with vice-captain Keenan Horne diving onto the ball and finishing superbly to give the African Champions the lead.

Although it was a lead they would hold until the end of the first quarter, the European runners up would not lie down and back down. They fought back with two goals in the second chukka to lead at half time 3-2. Constantin Schaib got the equaliser through a field goal, picking up a rebound, before Lukas Windfeder got the goal from a penalty corner. Although Tobias Hauke would receive a yellow card just before half time, the South Africans weren’t able to capitalise on it.

As the heat made things more difficult the South Africans defended with tremendous heart in the third quarter denying a number of German opportunities before springing the perfect counterattack with Nic Spooner bursting through the middle and finishing superbly into the bottom left corner. 3-3 into the final quarter!

There was almost a surreal feeling in the final quarter as Germany allowed South Africa into the circle, Cassiem crossed the ball which took a massive deflection and Cassiem was awarded the goal! The south Africans took the lead 4-3! 12 minutes remained.