The International Hockey Federation (FIH) today revealed the match schedule for the Tokyo Olympics 2020 Hockey tournaments, the perfect #GiftofHockey before Christmas. Both the South African Men and the South African Women will be taking part in the Olympic Games and looked on with added excitement.

The opening match will involve the Men’s national squads of Japan, the hosts, and the current number one team in the FIH World Rankings, Australia, on 25 July. The first match of the Women’s tournament will be played on the same day and sees the Netherlands – who are topping the FIH World Rankings – taking on India.

For Garreth Ewing and the South African Hockey Men will start their campaign on the opening day of the competition with a match against Great Britain, in their fifth Olympic meeting, starting the tournament. The African Champions will then be in action just over 24 hours later against Netherlands.

The South African men are next in action two days later taking on World Cup Champions Belgium on the North Pitch on 28 July. Germany are the next team for Ewing’s men on the 30 July before taking on former coach Gregg Clarke’s Canada in the final group gam on 31 July.

Should the South African men finish in the top 4 of the group, they will progress to the Quarter-Finals on the 2 August which are followed by the Semi-Finals on the 4th and the Medal matches on the 6th August.

The South African Women kick start their campaign on the 25th as well starting with a tough encounter against World Cup silver medallists Ireland. Two days later Robin van Ginkel’s team play the defending champions Great Britain before next up taking on World number 1 Netherlands on the 29th July.

South Africa round up their group stage with Germany on the 31st July before taking on India, who qualified through the Qualifying matches against USA, on the 1 August.

For the Women the Quarter-Finals will take place on Monday 3 August, the semi-finals on 5 August and the medal matches on the 7 August.

The matches will be staged in the brand-new Oi Hockey Stadium, in Japan’s capital city. 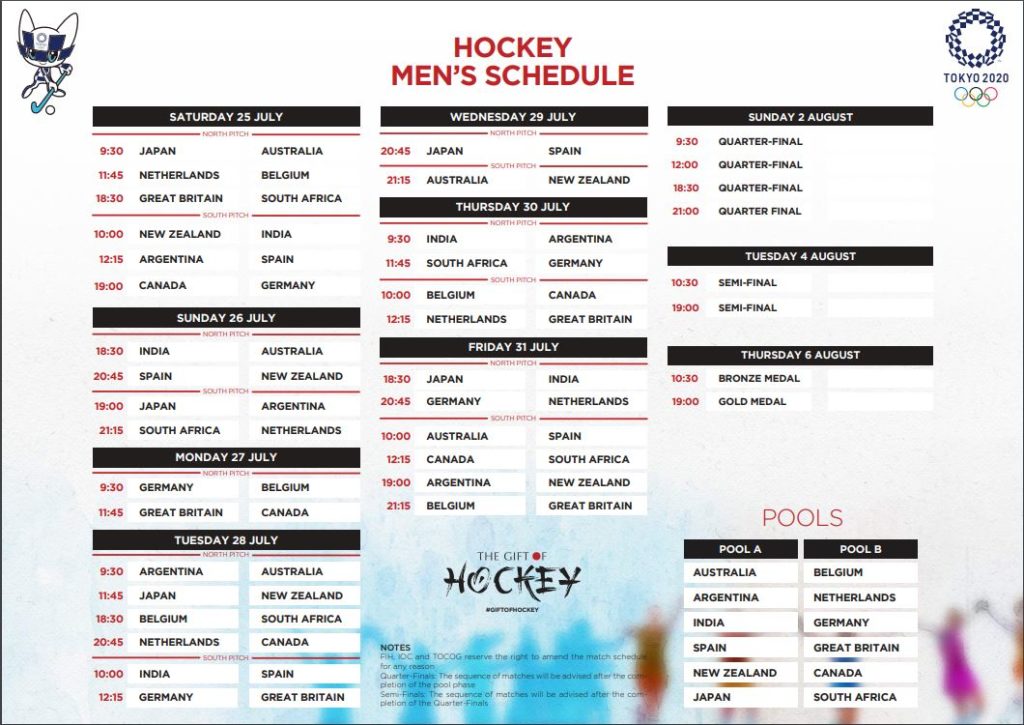