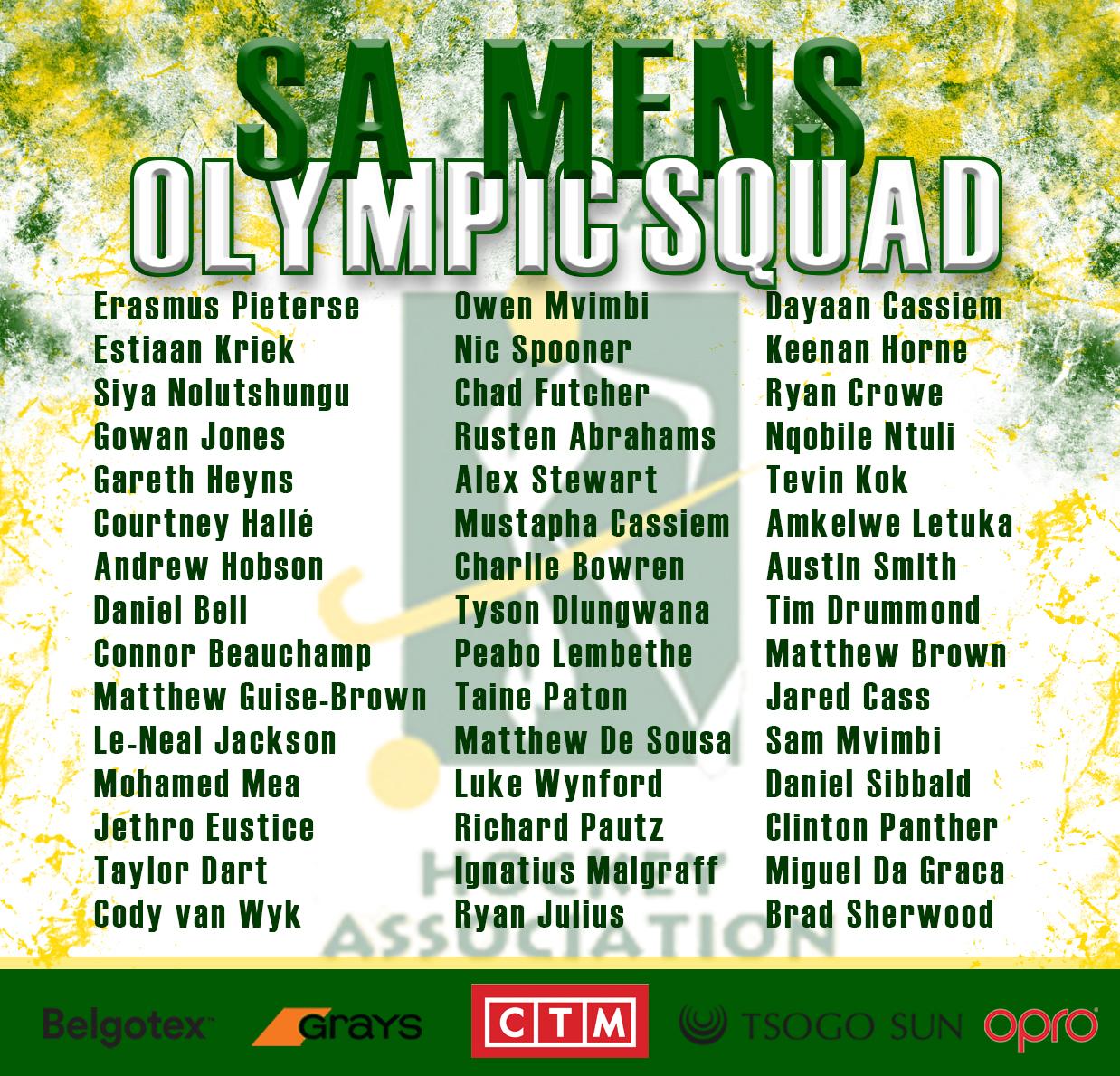 The SA Hockey Association are pleased to announce the SA Mens 2019/2020 Squad as coach Garreth Ewing has a firm eye now on the Tokyo Olympic Games.

The squad selected features 36 players that impressed selectors at the August IPT in Bloemfontein. The Final was contested by Western Province and Southern Gauteng, with each finalist having ten players in the 36 selected players. A further 9 medically exempt players are included in the squad who will need final medical clearance prior to any team selection, taking the total selection squad size to 45.

Although the focus of the squad is the Olympic Games in Tokyo next year, there is an added focus on building a squad capable of competing in the build up to and including the 2021 Africa Cup of Nations, the FIH Hockey World Cup and the Commonwealth Games in 2022.

The squad boasts an exciting mix of youngsters and experience with the likes of Tim Drummond, Austin Smith and Rassie Pieterse who are joined by first time senior call ups for the of likes of Mustapha Cassiem, Luke Wynford and Chad Futcher.

The squad will be streamlined throughout the next few months and cut to a final Olympic Squad for Tokyo 2020. Although selected in the 45, the hard work will only just be starting as the players below look to secure their spot in Japan.