The Title will be decided on the Final Day 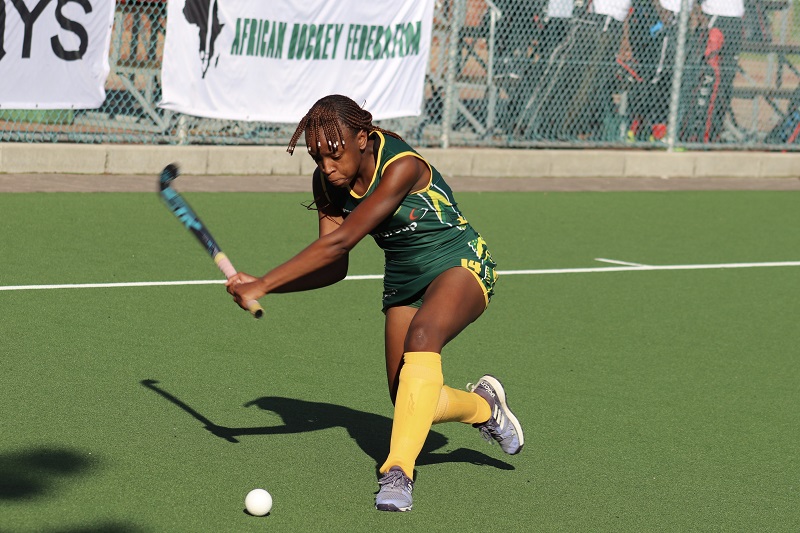 The African Hockey Road to Tokyo 2020 headed into its penultimate day with the destination of the title winners still uncertain. After four days of action though we now know that the title will either be won by SuperGroup South Africa or Ghana in the Women’s tournament while it’s the age-old battle between South Africa and Egypt in the Men’s tournament.

The day started with Ghana’s women keeping the tournament alive by defeating the ever-improving Namibians 3-0. They scored a goal in each of the first three quarters to win the game that they were never truly in danger of losing. Elizabeth Opoku in the first, Debora Whyte in the second and Ernestina Coffie in the third meant that the 2017 Runners-Up kept the tournament alive to the final day regardless of the South African result against Kenya.

The Namibian and Zimbabwean men played off in a Southern African derby match that could give Zimbabwe a possibility of medalling should they win. With that motivation in check they took the lead through Tony O’Riordan in the 18th minute. The Namibians have been guilty of missing good opportunities in this tournament, but that accusation could not be levelled at them in the 41st minute when South African based star Brynn Cleak restored parity. That parity would not last until the end of the quarter as Gift Chomunorwa made it 2-1 to Zimbabwe. The pair, who could not be split at the FIH Opens Series, were in a similar position this time as Cody van der Merwe got the goal that the performance probably deserved.

Egypt were given an almighty scare in their quest to break the South African defence of the trophy as they found themselves trailing to spirited Ghanaians. Enrest Opoku opened the scoring in the first quarter but the West Africans only held that lead for four minutes before Hossam Ghobran levelled matters. The game looked destined to be all square at the end of the third quarter but a 44th minute penalty corner by Mohamed Ragab breaking the deadlock. Egypt only made the game safe with a late penalty corner from Amr Ibrahim, but the 3-1 result meant that Egypt would go into the final day with destiny in their own hands. 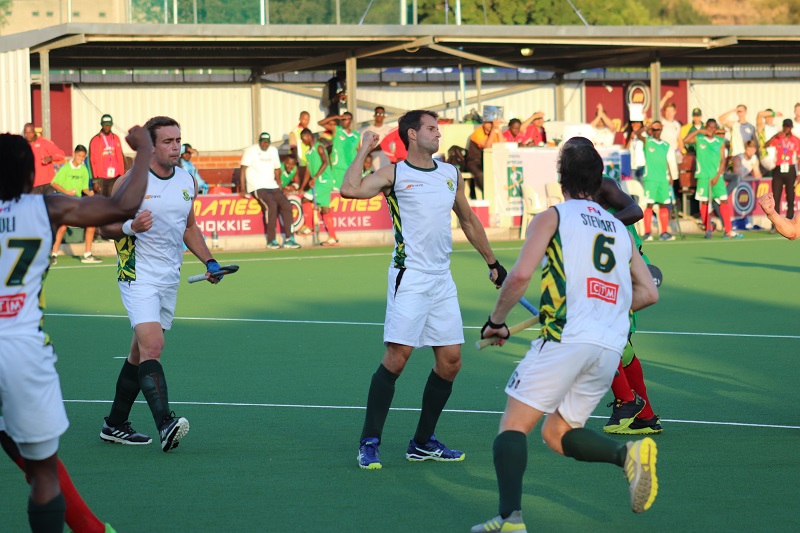 The SuperGroup South African women never really got higher than second gear in a routine victory against Kenya. The Kenyan women were completing their program of fixtures and were hoping to get a victory to confirm a bronze medal at the minimum. Unfortunately, they will now have to wait and see if Namibia can do them a favour after they were beaten 3-0 by the South Africans. The South Africans scored all three goals in the first half before backing off and consolidating the victory. Tarryn Glasby and Erin Hunter got the opening two before Ongi Mali moved to the top of the goal scorers’ charts with the third. South Africa will know a draw against Ghana will confirm another title for Robin van Ginkel’s side.

The South African men produced a less devastating display than they had in the previous games but secured a 4-0 win against a supremely fired up Kenya. It took South Africa 29 minutes to break the deadlock but when they did Austin Smith produced his most venomous flick of the tournament to score his 9th goal of the event. In the second half Smith added his second before a superb combination between Ryan Julius and Dayaan Cassiem allowed the latter to finish with a trademark scoop. The South Africans made it 4-0 with a late Keenan Horne strike but the Kenyans will be immensely proud of their performance. For the South Africans all eyes will be on the Egyptian game to decide title while Kenya will be looking to get their first win over Namibia.

All the action is broadcast live on the Shoott South Africa Facebook page. 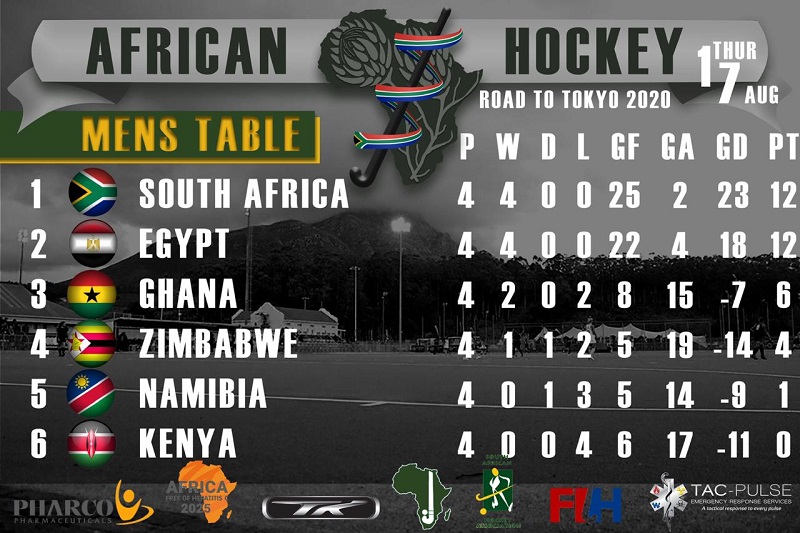 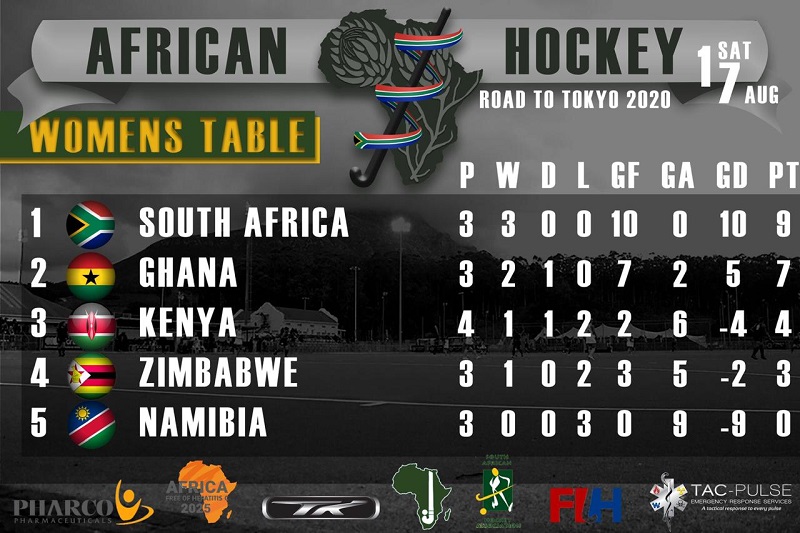