Egypt and South Africa pull ahead on day 3 in Stellenbosch 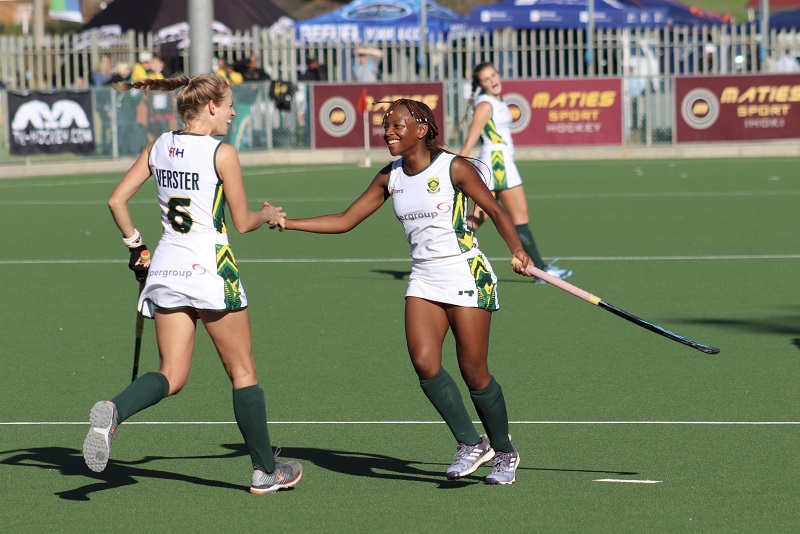 Zimbabwe had a remarkable day on day three as first their women and then their men completed a remarkable double against Kenya. The women produced a scintillating display of defensive hockey to quell the Kenyan attack and give themselves a chance of a medal. Roxanne Viviers broke the deadlock in the 44th minute before Nicola Watson made the game safe in the 51st minute. This group of players poised for the best performance since 1990.

The Zimbabwe men produced their finest African Hockey display in a come from behind victory. They first trailed to a Festus Onyango goal before levelling through Tatenda Kanyangarara before trailing to a goal from Arnold Marango. But facing defeat Zimbabwean captain Tendayi Maredza stirred a fightback with a superb double that sealed a remarkable victory for the Southern African nation.

Egypt continued their assault on the tournament with a very impressive performance in silencing the Namibian challenge. The North Africans opened the scoring early and never looked back throughout the match. Hosam Ghobran and Mohamed Adel made it 2-0 in the first quarter and by the time Dylan Finch scored for Namibia the Egyptians had added through Amr Elhady and Amr Ibrahim. The North Africans put extra shine on the result with a late brace from Ahmed Elnaggar.

SuperGroup South Africa made it two from two with a professional 5-0 win over Namibia. Namibia played a deep game looking to attack the hosts on the counter attack but were ultimately caught out by the superior finishing and class of the South Africans. Dirkie Chamberlain opened the scoring off a rebound, but the South Africans had to wait until the 39th minute for Tarryn Glasby to bundle over a goal. Nikki Veto then scored the goal of the day when she made it 3-0 before a Lilian du Plessis penalty corner made it 4-0. There was still time for Ongi Mali to get in on the action with the fifth and her second of the tournament. The 5-0 win moved South Africa to the top of the log as the only team with a 100% record. 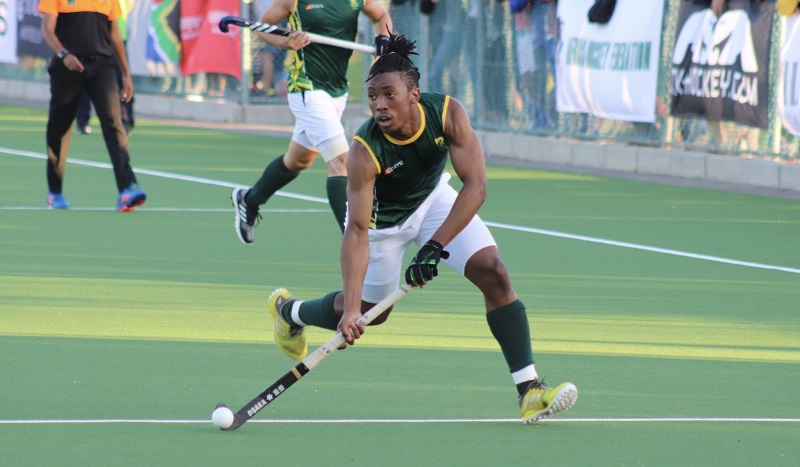 South Africa were expecting a tough encounter against Ghana but managed to blow their opposition away with tournament top goalscorer Austin Smith netting himself another four goals. Tevin Kok scored a brace of superb deflections while Jethro Eustice also got himself a brace. Bili Ntuli also earned himself a goal with a superb team move that required a simple tap in. Ernest Opoku scored a late consolation for Ghana that was well appreciated by the crowed. The 9-1 score line took South Africa top of the log on goal difference.

Tomorrow the tournament has its second rest day before it reaches its climax over the weekend. The games are streamed live on the Shoott South Africa Facebook page.