The fixtures for the African Road to Tokyo Event in Stellenbosch from the 12-18 August have been released today. The tournament which will decide who Africa’s representative at the Tokyo Olympic Games in 2020 will be, so there is more than enough carrot ahead of the horse.

The opening game of the entire tournament, which features both the men’s and women’s tournaments, will see the Ghanaian women take on the ever-improving Zimbabwean side. Ghana are the second highest ranked nation at the tournament and will look to at a minimum to match their silver medal in the previous event. The two teams are in Pool B along with Uganda and Namibia who are looking to build on their showing in Spain at the FIH Open Series Finals.

For South African fans watching International hockey in Stellenbosch for the first time in a very long time, their first taste of the home favourites and defending champions will be when Supergroup South Africa take on the Nigerian women at 18:00 on the opening night. They will not have to wait long for the second serving as the South African Men will be in action on the same night against Nigeria as well. Both teams will be looking to get one back for Bafana Bafana at the recent AFCON.

The Supergroup South African women will be joined in pool B by Nigeria and Kenya with the top two teams progressing to the semi-finals on Saturday. The SA Hockey Men will be in Pool A alongside Kenya, Nigeria and Uganda, while arch rivals Egypt headline Pool B along with Namibia, Zimbabwe and Uganda. Egypt will be heavily fancied to triumph in Pool B and know that this is their last realistic Olympic hope after their disappointing showing in FIH Hockey Series Final in France.

For coaches Garreth Ewing and Robin van Ginkel the tournament offers their first opportunities to lead their teams in competitive tournaments on home soil and will hope for the kind of support that was seen in 2017 at the FIH World League Semi-Finals in Johannesburg.

With the African Hockey game continuing to grow its fantastic to see an improved entry take on and the opportunity to develop more countries into competitive hockey. Ultimately the goal of the tournament, however, is in the name. Its all about the Road to Tokyo and on the 18 August one Men’s and one Women’s side will have earned their right to the Tokyo Olympic Games. 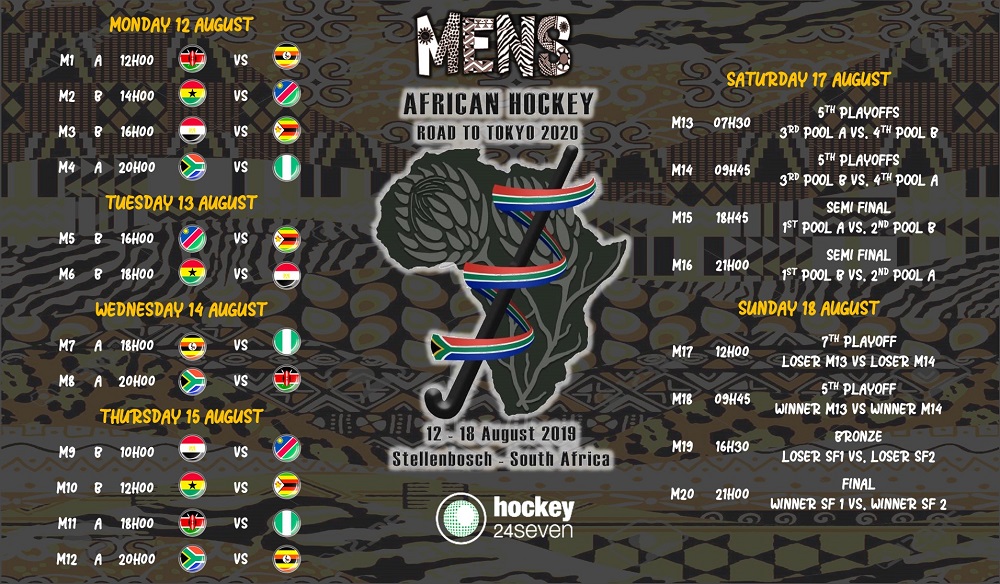 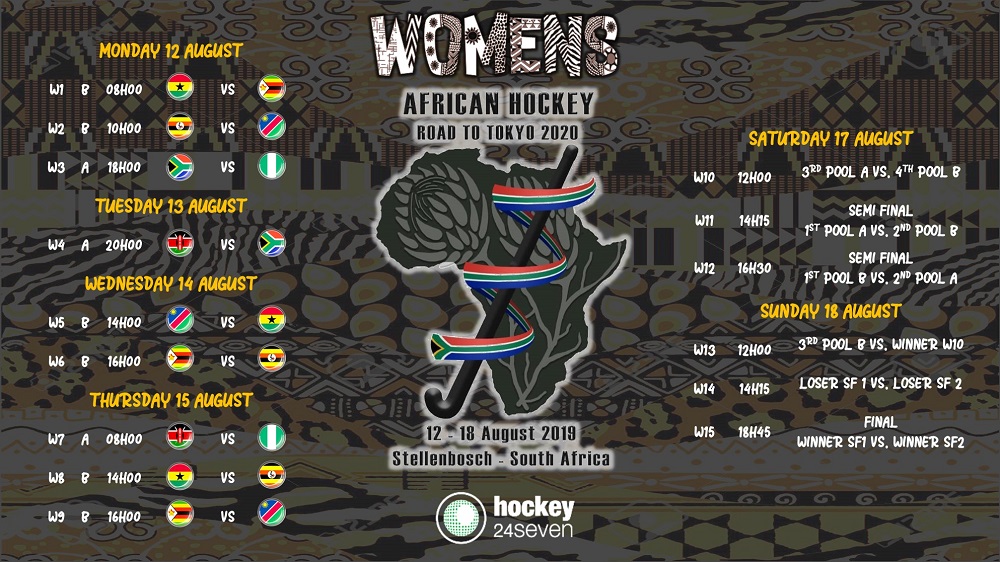