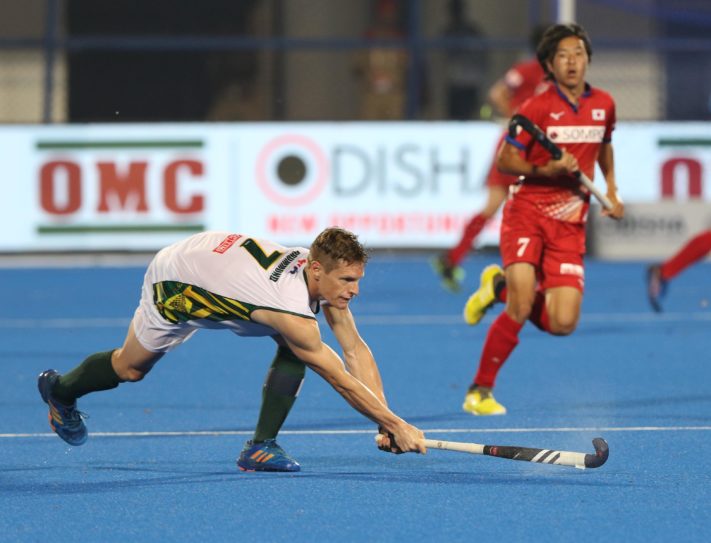 The South African Hockey Men’s side to take on the African Road to Tokyo Event in Stellenbosch from 12-18 August has today been announced. The South African men, who recently rose in the world rankings from 16th to 14th will be looking to build on the form shown in their fantastic FIH Hockey Series Finals in India and defend their title as African Champions.

South Africa’s main opponents in that regards will be the Egyptians, who are ranked 20th in the World, and recently completed an unlikely victory against Ireland at their own FIH Hockey Series Final. The fact that they slipped up after that will raise the pressure on the Egyptians as this will be their last qualifying route for the Olympic Games in Tokyo.

The South Africans will also be weary of the challenge of the Zimbabweans, the Namibians and the Ghanaians who have all shown growth in their games since the last African Cup.

Garreth Ewing has taken the opportunity to recall the highly experienced duo of Clinton Panther and Taine Paton, while Dayaan Cassiem has overcome the concussion that ruled him out in India. Other players returning to the squad are Andrew Hobson, Daniel Bell and Mo Mea.

“I’m happy to say that our selection process for the African Road to Tokyo Event was a difficult one. There were many more players available and this made for some healthy discussion between the selectors. I believe we have a balanced and experienced team for this Olympic qualifier and I know they will be very competitive in the tournament.” Shared Ewing.

Be sure to back the lads as they take their next big step on the Road to Tokyo. Broadcasting and coverage details will be shared closer to the event when finalized.

*Caps per FIH Tournament Management System at 08 May 2019, Province is most recently represented province.