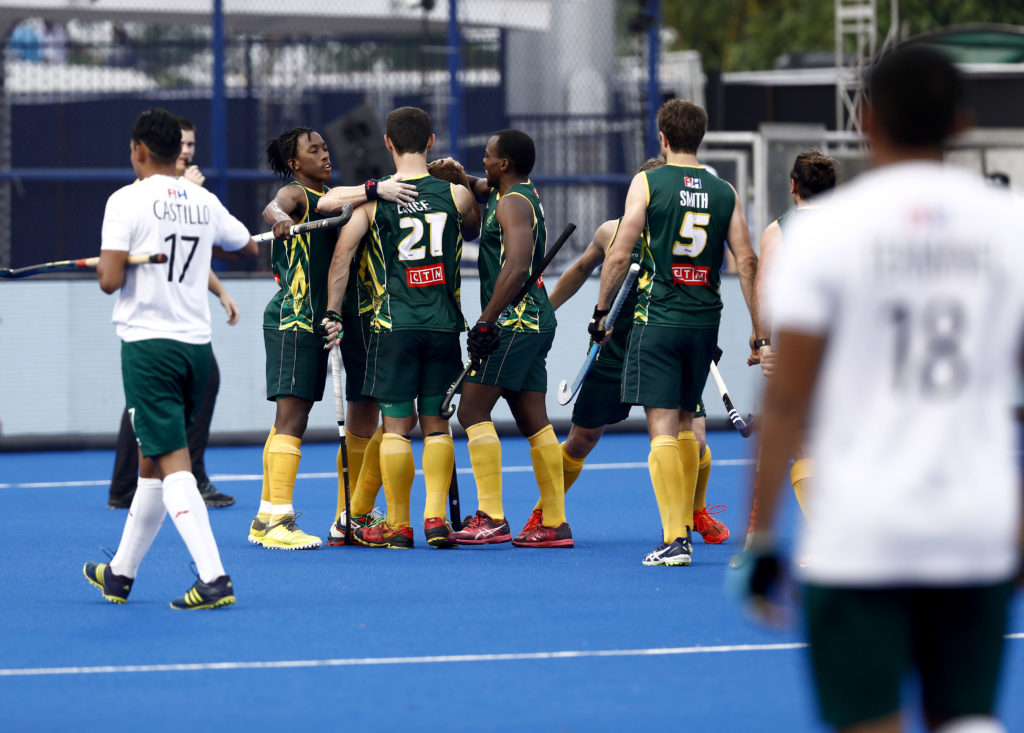 South Africa and Mexico took on each other for the first time in a winner takes all group stage game at the FIH Hockey Series Final in Bhubaneswar in India. Both teams knew that if they failed to win their tournament would be over but for placement games.

With the pressure cranked up to its highest level, South Africa took only 32 seconds to open the scoring, the quickest goal of the tournament. Matt de Sousa won South Africa a penalty corner and was on hand to deflect past Jose Hernandez. It was the only goal of an opening quarter in which South Africa exerted immense pressure but did not take enough of their chances.

The second quarter followed the same pattern and once again South Africa scored early as Nicholas Spooner benefitted from another penalty corner variation and deflected home. As the half time hooter sounded South Africa were feeling confident, however a two-goal lead is never enough in International Hockey.

Once again it was an early goal in the quarter that took the wind out of Mexico sails. Bili Ntuli, who was causing massive challenges for the Mexican defence, was on hand to finish after Hernandez saved from Richard Pautz.

South Africa finally bucked the trend in the final quarter when they scored as many goals in the quarter as in the previous three. Austin Smith netted from a penalty corner before Richard Pautz produced a sensational upright deflection for the goal of the game. There was still time for Keenan Horne to get on the scoresheet and South Africa to seal a 6-0 win.

South Africa will be pleased with getting a few goals on the scoresheet and how much more dangerous the penalty corners looked. Six different goal scorers will also please the management team.

The South Africans will now play Russia in the cross over Quarter Finals on Wednesday 12 June at 15:45. The winner of the game will play United States of America in the Semi-Finals on Friday 14 June.