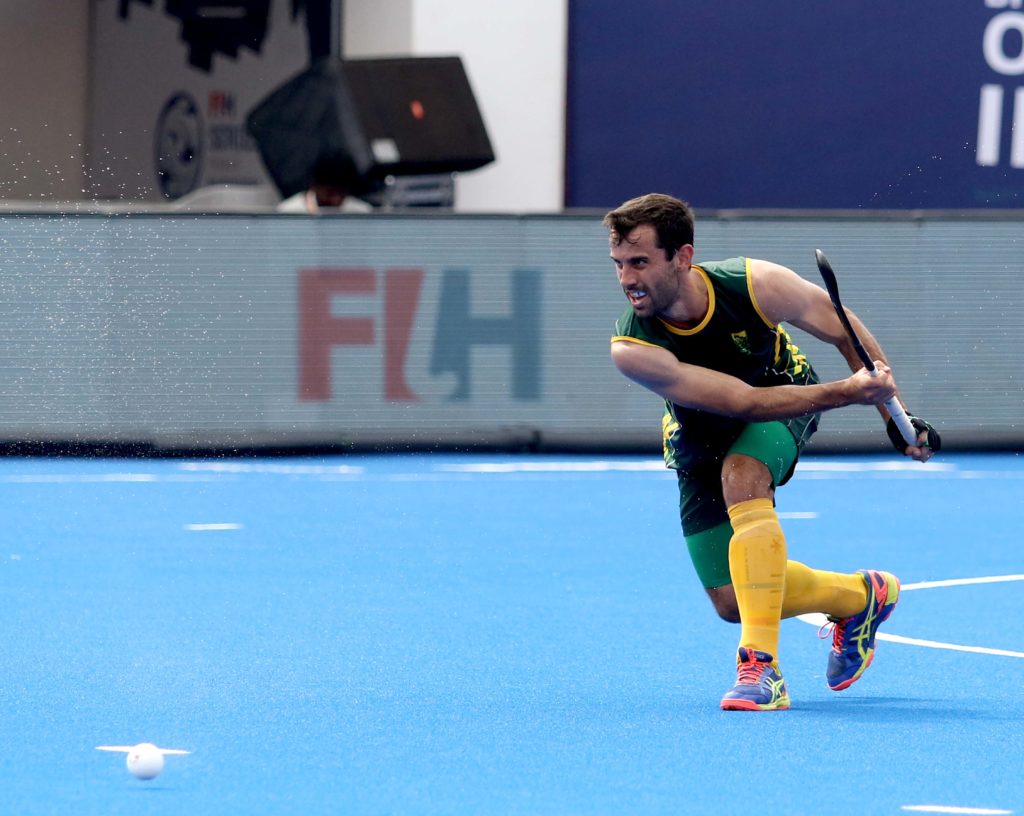 The South African Hockey Men returned to the scene of the 2018 FIH Hockey World Cup, the Kalinga Stadium, with a view on creating better memories and beginning their Road to Tokyo at the FIH Hockey Series Final. They opened their campaign this morning against United States of America.

With the FIH Hockey Series Final an Olympic qualifying event, the top 2 nations qualify for the Olympic Qualifying matches later this year to earn a place in the 2020 Tokyo Olympics. With the ultimate carrot dangling between all teams the tournament promised to deliver superb excitement and tons of anxiety for good measure!

The opening quarter saw both sides play a bit on their back foot as both looked to not concede an early goal, but it was South Africa with the best early chance as Matt de Sousa fired wide after some good work. In the second quarter South Africa then raised the tempo and intensity and struck the post through the impressive Nic Spooner. In fact, South Africa did everything right except score in a quarter that saw USA Keeper Jonathan Klages the standout player in the half.

As the Americans sat further back South Africa sieged forward but they were met time after time by the type of wall that would make an American president proud. The South Africans were then caught on the counter to rub salt into a very fresh wound and Paul Singh made no mistake to fire home. It deflated a South African side who will be left to rue the opportunities missed, having had three times as many penalty corners

South Africa will have very little time to wallow in disappointment as focus will quickly shift to the second game of the group stage against Japan on Saturday. The importance of this game has rocketed up as the tournament moves forward. And South Africa would definitely like to start creating happy memories at a venue that has frustrated more than pleased so far.

All pictures courtesy of Hockey India