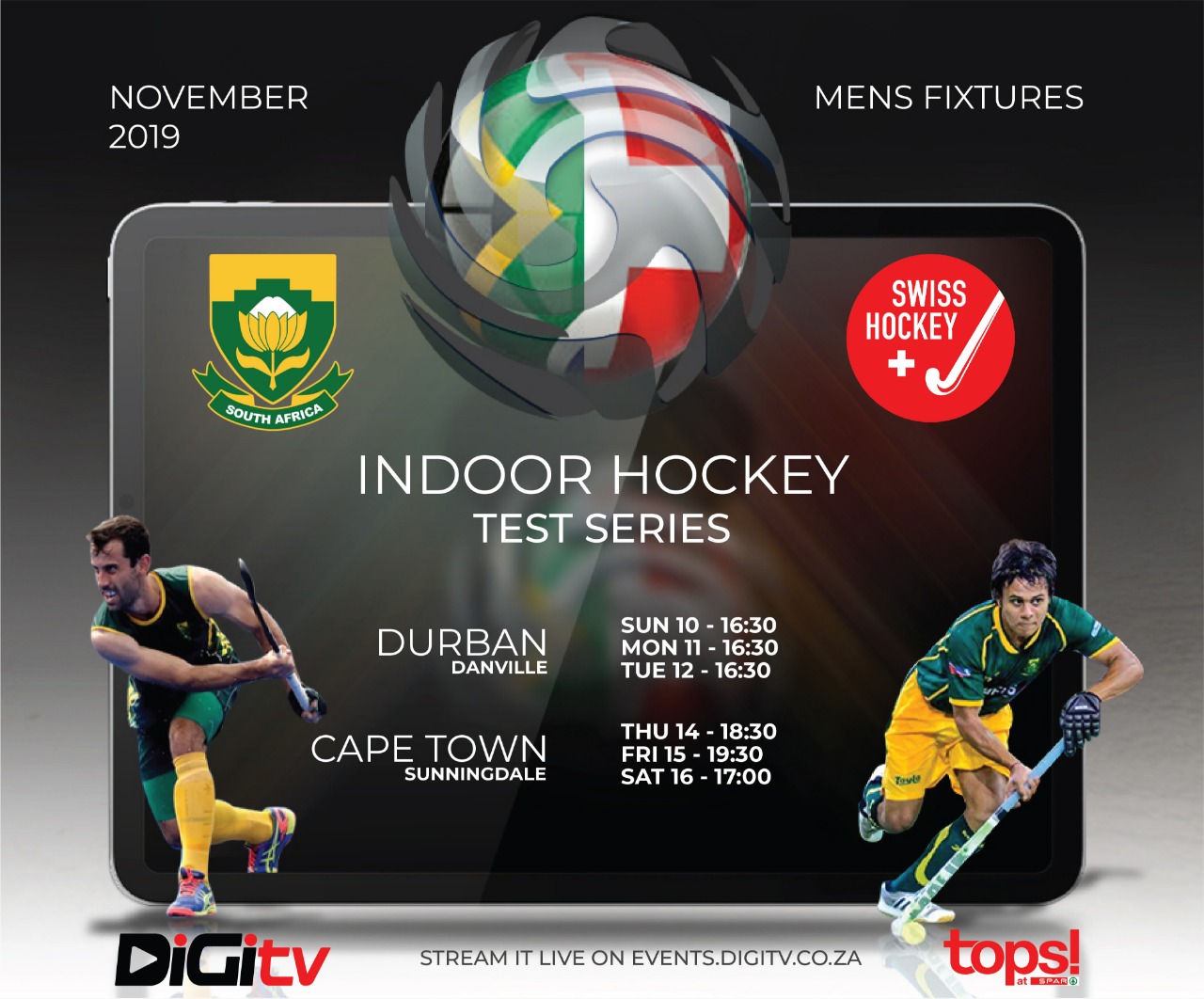 The last time SA Indoor Hockey Men’s Jethro Eustice took to the indoor court to represent the Green and Gold was on the 11 February 2018, 637 days ago, when his two goals helped the BlitzStoks beat Kazakhstan to secure 11th place at the FIH Indoor Hockey World Cup. Remarkably, since that time he has played in the Commonwealth Games, the FIH Hockey World Cup, the FIH Hockey Series Final and the African Road to Tokyo 2020 Qualifier. Throughout all those tournaments, his passion for indoor hockey never wavered, so the newly elected captain will be delighted to be back on the court with the SA Indoor Men against Switzerland.

Of course, Eustice is not the only fantastic story in this squad. Keagan Robinson was a paramount part of the SA Indoor Hockey Men’s team that qualified for the 2018 Indoor Hockey World Cup, but fate dealt him a cruel hand when he tore his ligaments in his knee. Despite a near miraculous recovery Robinson unfortunately missed out on the World Cup. His 868 day wait to sing the national anthem for the SA Indoor Hockey Men again is about to be over. To cap it off he will do so standing side-by-side with his brother Jonty Robinson.

Speaking of brothers, the Cassiem duo will get the opportunity to show the rest of the World what many South Africans already know. They are a superb duo. The two used to terrorise together for the Barracudas in the Pro Series Indoor and were part of the victorious Western Province men’s side earlier this year. Although Dayaan has already tasted considerable appearances for the national indoor men’s side, this will be the first time they represent a senior side together.

The brilliant stories continue with the newly appointed coach David Joshua. Joshua who has coached for the Gauteng Gryphons for over a decade at indoor hockey was given the opportunity to lead a national team for the first time. His passion for the game of indoor hockey is second to none and the Men will no doubt be inspired by a coach who has gone through the South African Indoor Hockey System all the way to the top.

The BlitzStoks, as they are affectionately known, will be eager to get on the court against Switzerland. That they can do so is testament to the hard work of so many others behind the scenes who do it not for their own credit but for a pure passion for the game. Its also a testament to the fantastic support of Tops at SPAR for this series.

The BlitzStoks are Back and we can’t wait!