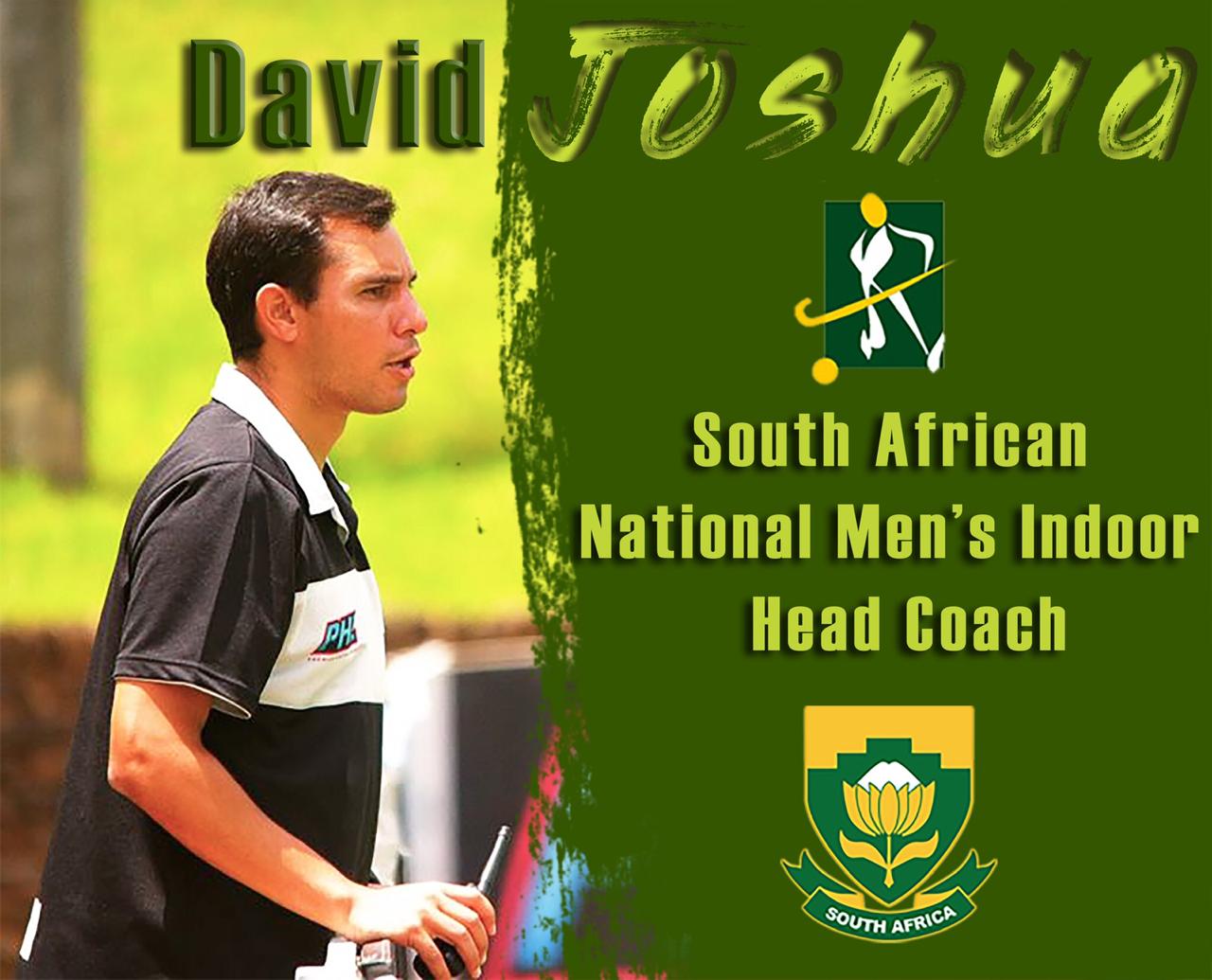 There is much excitement ahead of the indoor hockey test series between Switzerland and hosts South Africa next month taking part in Durban and Cape Town. It will be the first men’s indoor hockey test match played on South African soil in almost 5 years. Of course, the men have played a host of exhibition games at the Pro Series Indoor Nationals over the years, but those have not counted as official test matches.

To add to the excitement the South African Hockey Association have announced the coaching staff for the test series. David Joshua has been announced as the head coach to take on the Swiss, while Ryan Hack has been named as the Assistant Coach, a role he performed at the 2018 FIH Indoor Hockey World Cup having previously coached the team at the 2015 Indoor Hockey World Cup.

Joshua is no stranger to the South African Hockey circuit having coached provincially at both indoor and outdoor hockey for a few years. Having previously served in many different capacities across a range of age groups, Joshua headed to Northern Blues to take on the Indoor challenge of coaching the Men’s Senior side. At the past two tournaments he led a highly unfancied Blues side to consecutive top 6 finishes and is well respected and liked by the players and coaches. His hockey resume includes a remarkable cv that includes winning four U18A National titles at the Pro Series Indoor, as well as one silver. He has also featured consistently in the Premier Hockey League and his tactical nous could be a major weapon in the BlitzStoks arsenal for the series.

Ryan Hack has been appointed as the Assistant coach for the series. Hacker’s as he is known, is an indoor addict almost. His pedigree is fantastic having won IPT several times with the SPAR KZN Raiders. His experience in the International Indoor game will be massive in supporting Joshua through the series and their ability to read the game together could offer the exciting BlitzStoks side an opportunity to bring their flair to the series.

The South Africans, powered by Tops at SPAR for the duration of the series, will take each other on in six test matches in November. The first three tests (10-12 November) will take place at Danville Park Girls School in Durban North before heading to Cape Town for three tests (14-16 November) at Sunningdale.

You can follow all the series updates on SAHockey.co.za