Josie learns from the best 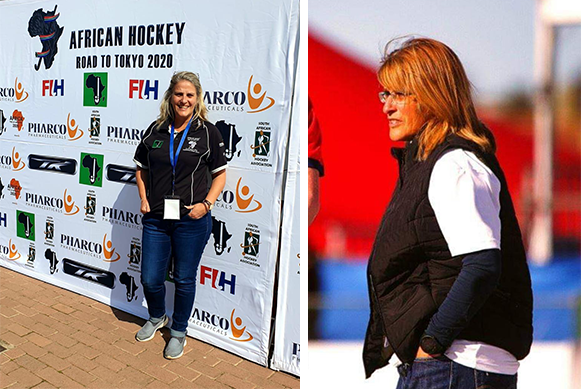 Josie Milella began her volunteering journey in 2003 when she was the team liaison person for the Belgium Men National team at the FIH Champions Challenge. The event was held in Randburg Hockey Stadium in Johannesburg and it was at this point that South African Josie knew that volunteering for hockey events was something about which she was really motivated and enthused.

Josie was in good hands from the start. The tournament director at the Randburg event was Sheila Brown, one of the most experienced and respected hockey administrators in the game, having been Tournament Director at both Olympic and World Cup events. Under Sheila's careful guidance, Josie quickly found her place in the world of hockey volunteering.

Every year from 2003 onwards, Josie would volunteer for events, learning how various aspects of a tournament worked by throwing herself into each role with energy and a willingness to learn.

It was 14 years later at the 2017 Hockey World League that Josie experienced her steepest learning curve. In the highly pressurised environment of an Olympic qualifying event, Josie was working with FIH Events Manager Eduardo Leonardo and, as she says: “That was a fun event, but boy, I really learned a lot.”

The most recent large scale event that Josie has been involved in was the 2019 Africa Hockey Road to Tokyo in Stellenbosch. Again, this was an Olympic qualifier with all the attendant pressures and stresses but Josie took it all in her stride, with calm competence. Josie’s approach to every event is to see it as a learning opportunity.

She says that she owes a debt of gratitude to everyone who has helped her along her own hockey journey from complete novice to experienced and highly respected volunteer. “I believe it is an incredible honour to serve the game,” says Josie, with typical humility.